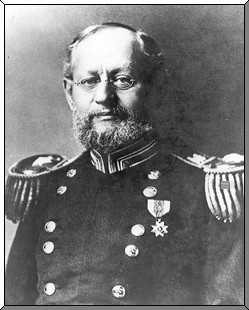 In the 1970s, I headed a local teachers’ union, an affiliate of the AFL/CIO. As president, I’d familiarized myself with  Robert’s Rules of Order, wanting the meetings to go smoothly. One evening,  after a  Labor Council gathering,  a high ranking member of the state body called me to her side.  She’d heard me explain some aspect of “Point of Order” to another member and wanted to know if I’d fill in as parliamentarian for the state convention that summer. The person who’d served in that position retired, she clarified.

Flattered, I agreed, then later had second thoughts. Any woman assuming a role of authority in a male bastion should be prepared for challenges. So, I returned to my study of Robert’s Rules with the devotion of a bloodhound that has caught a fresh scent.

A parliamentarian’s job is to stay in the background, ready to whisper in the chair’s ear if there’s a question.  What I didn’t realize was how little “Bob”, the state president, knew about parliamentary law, or that during the convention, a gathering of 300-400 people, he would face a challenge to his reelection. As such, he was cautious and once he’d gaveled the session to order, he deferred every procedural question to me, making room at the microphone so I could address the assembly. After a time, a member of the carpenter’s union shot up from his chair to question one of my rulings.

“That woman doesn’t know what she’s talking about.” He pointed a gnarled finger in my direction. “What’s her proof?”

Confident of my decision, I stepped from the podium, and with the microphone in one hand and Robert’s Rules in the other, I descended to the floor. The carpenter glared at me with his jaw jutted forward as I approached.

“You understand English, I presume. Read this passage aloud, please.” My words, amplified by the mic, floated above the heads of everyone at the convention. The man took the book I preferred with a mulish expression. “It says here…”

From that point on, the words which poured from him were precisely those I’d previously uttered and so, when he’d finished, the hall broke into a round of guffaws, table-pounding, and much laughter. The carpenter sat down, his ears a bright pink, and for the rest of the convention, he raised no further questions on procedure.

Like a well-oiled bike, the convention rolled along smoothly until the day of the election. As the tension grew, beads of sweat seemed to form on the foreheads of those who approached the floor mic to offer procedural amendments.  Some of them were meant to favor Bob.  Others were meant to send him back to his wife as roadkill.

Heads snapped to the podium. Fortunately, I was ready and ruled without the slightest quiver in my voice. “The amendment to the amendment is not germane.”  I explained why and the room fell silent.

Next, from the back row of chairs, a voice, without the aid of a mic, shouted toward the podium. “Mr. Chairman, I ask for a 20-minute recess.”

The man who’d spoken was a national AFL/CIO field officer. He had no standing at the proceedings but as the election was deemed close, with only a few organizations, like mine, uncommitted, I presumed he intended to keep the vote honest.

What I didn’t know was that he’d used those twenty minutes to place a call to the national office in Washington D. C.  I grew suspicious, however, when he returned with a smirk on his face and claimed the floor mic.

“As the parliamentarian knows, the internal rules of an organization take precedent over Robert’s.”

The parliamentarian did know and would soon learn that national AFL/CIO rules allowed for amendments that were not germane to the main motion. Congress operates in a similar fashion, which is why money for a private airfield can be inserted into a bill on dairy farming.

That day the scales of naivety fell from my eyes. This field officer was no impartial bystander. He had chosen to support Bob’s opposition. Disappointed at the time, I take comfort today in remembering his victory was a pyrrhic one. Slow but honest Bob won re-election by a narrow margin. The teachers’ unions had fallen in line behind him.

I recount this history not to provide a bit of nostalgia, but as a primer for those who may take interest in next year’s AFL/CIO national election. Richard Tumka, who has headed the organization for decades, is rumored to be stepping down.  A middle of the road politician, he has struggled to keep the conservative and progressive wings of the organization from tearing each other apart. The feat has become increasingly difficult as membership in the building trades, generally conservative in philosophy, is on the decline while white-collar membership, which tends to be liberal, is growing.

Trumka appears to be grooming, Liz Schuler, the current secretary-treasurer of the organization, as his heir apparent. Like him, she takes a centrist view. But she will have an opponent.  Sara Nelson.  Nelson represents 50,000 members of the Association of Flight Attendants. That group, along with others, wants to throw police unions out of the AFL/CIO– something that hasn’t been done since the Teamsters’ union, mired in corruption, was banned in 1957. Nelson and her supporters feel it’s time to do the same with the police.  Their overt racism has no place in the House of Labor, she argues.  (“Which Side Are You On?” The New Republic, September 2020, pg. 7-8.)

Despite the looming turmoil, there is some good news. Whichever way the election goes, a woman is likely to break Labor’s glass ceiling. The danger lies in the outcome, one of which could crack union solidarity.