Justice May Not Be Blind But It Can Be Stupid 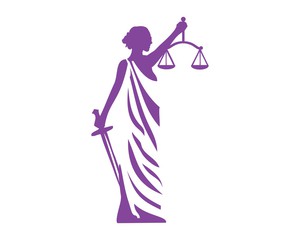 Does our criminal justice system disadvantage the poor and minorities?  Unquestionably, it does and now Alexandria Ocasio-Cortez , newly elected to Congress, thinks so, too.  Among the latest in her endless barrage of opinions is one that concerns actress Felicity Huffman.  The latter has pleaded guilty to a charge of conspiring to commit fraud in her effort to get her child admitted to a desirable college.  As of this writing, rumor has it the actress risks between 0-3 months jail time. Ocasio-Cortez feels that sentence would be too light and cites this case as an example of class privilege.

To a degree, the Congresswoman has a point.  Some hard bargaining probably took place between Huffman’s lawyer and the prosecutor.  High powered attorneys usually don’t represent the poor.  Indigent cases commonly land  in the hands of someone from the public defender’s office.  That civil servant is likely to have an inhuman caseload, already, and probably won’t receive the new client’s brief until minutes before plea bargaining.  In any event, once the defendant agrees to a charge, court guidelines determine the limits of a judge’s sentencing discretion.  Decisions aren’t a matter of whim.

Unfortunately,  we Americans love to send people to prison.  We do it almost more than any other country, according to a U.N. report.  We seem to like doing it, too, almost reveling in our incarceration rate, as we toss enormous sums down that sinkhole. Apply the same amount of taxpayer dollars to pay for college tuition, and we could probably provide higher education to every student in this country, including illegal immigrants. Maybe I’m biased, as a former teacher, but I’ve always thought sending young people to school was better than sending them to jail.

We should reserve prisons for violent offender and monitor the non-violent in other ways, using inexpensive electronic devices, for example.

Why should Felicity Huffman receive free meals, housing, laundry and medical care at the tax payers’ expense?  Wouldn’t it be better to require her to spend a year in public service, working in a homeless shelter?  Or, a food bank?  Or, tutoring disadvantaged children? The experience might open her eyes to the effects on society when privilege grows disproportionate to merit.  Let her spend one night on the streets with a homeless veteran.  Perhaps the experience would awaken within in her the need to show gratitude toward these men and women to whom she and we owe so much.

Put Felicity in jail?  How simple.  How mindless.  How expensive.