Jujitsu Of The Me Exception 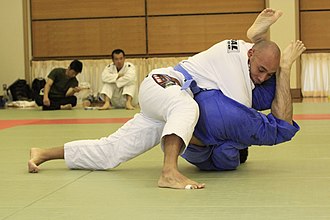 Recently, I learned a bumble bee is a fish. California, wanting to extend environmental protection to pollinators, tucked them under laws pertaining to scaly creatures. What did the two have in common? According to officials, both were invertebrates. Ingenious!

As a writer and former English teacher, I know language is as limber as a double-jointed belly dancer. Note how the U S. Supreme Court contorted words so that a corporation could be defined as a person.  These are the same folks who decided Settled law could be unsettled concerning Roe v. Wade. As for the Constitutional line between church and state, it exists wherever the high court says it does. The upcoming  October session should be interesting. That’s when the judges will clarify the meaning of free speech and the rights of sexual minorities.

Mental jujitsu isn’t reserved for governments and courts. The human brain’s agility is a source to all.  Workers at abortion clinics tell tales about pro-life picketers who break from their protests to have the procedure. One classic story has a pro-lifer sitting in a clinic waiting for her appointment while excoriating the women around her who’d come for the same reason. Clinic workers see this hypocrisy so often, they call it the “Me exception.”

Being blind to our shortcomings makes it easy to dislike those who share them. Former President Donald Trump played upon this blindness until hypocrisy seemed like a virtue. He called people who attacked the nation’s capital patriots, and they believed him. Republicans who saw through this delusion left the party. The majority of those who remain can no longer distinguish between truth and lies.

Surprisingly, data reveal the number of extremist groups has fallen in this country. But, that isn’t good news. It means radical groups have gone mainstream. (SPLC Report, Summer 2022, pg. 1) Like the psychopath, so many radicals exist among us, their hatred no longer seems like an aberration.

Normalizing hate didn’t happen overnight. Those who felt aggrieved had a long-term strategy.  They infected local politics, and legitimized gerrymandering in key states so that the Electoral College no longer represented the views of the majority. Free to anoint Presidents of their liking, this rabid minority has gained influence over judicial appointments. Bold as brass, they let no contradiction interfere with progress. Republican Senate leader Mitch McConnell blocked Presidents Obama’s nomination to the Supreme Court because a presidential election was a few months away. Nonetheless, he offered no objection when Donald Trump nominated ultra-conservative Amy Coney Barrett to the high bench days before he lost the 2020 election. (SPLC Report, Summer 2022, pg 2.)

Thanks to the minority’s iron will, the Court has tilted so far to the political right that a majority of voters have lost faith in its rulings. The institution’s approval rating has plummeted to a historic low of 25%.  Overturning Rove v. Wade worsened the majority opinion.  Says one detractor, Part of the rule of law is that you can count on things tomorrow being kind of like yesterday.  Worse, several of the presiding judges appeared to have lied during their Senate hearings. The credibility of one judge is so suspect there are calls for his impeachment.

Senator Mitt Romney who stands apart from many of his Republican colleagues advises us to rise above our grievances and resentments.    But how do we escape the juggernaut of mental jujitsu?  Happily, a way exists. First, we must call out contradictions, lies, and hatred so they are no longer the norm. Second, we should demand changes to the Electoral College. When minorities rule, democracy dies.  Third, the filibuster as its stands must go. It impedes the will of the people. Here’s one example. The majority of Americans want assault rifles off our streets. No more blather about Second Amendment rights. Even a grammar school child knows the difference between a “militia” and an individual.

The only thing necessary for the triumph of evil is for good men [women and zies] to do nothing.  – John Stuart Mill.