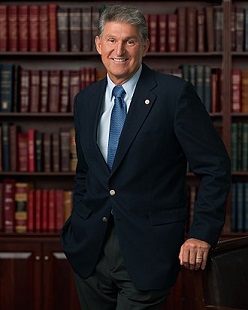 Democratic U. S. Senator Joe Manchin prides himself on being a consistent man, one who cherishes traditions like filibustering. The filibuster is a tactic a Senate member uses to delay or halt measures when the legislator is in the minority. A case in point is the For the People Act. Democrats favor this measure which aims to ensure fair elections. Manchin is among them. Even so, he refuses to suspend the filibuster, an act that would allow Democrats to pass the bill with a simple majority. He fears democracy will end unless the current partisan divisions in Congress come to an end. He may be right but it will also end if the bill doesn’t pass.

Manchin fails to see The Grand Old Party has changed. Republicans today would welcome into their ranks the Oklahoma City bomber Timothy McVeigh.  He, in turn, would shed joyful tears to hear one of its members step to the microphone at a rally to ask when he could start killing Democrats.  For McVeigh, the January 6 storming of the Capitol would have been an organismic experience. The question is, why does Manchin insist upon rubbing shoulders with those who seek armed confrontation?

He would deny the charge, of course. But he would be wrong to do so. Manchin courts danger when he plays footsie with leaders who act as demagogues.  He is foolish to divide his party rather than the party of his opponents who have shown no inclination toward camaraderie.

More frightening is his failure to see the Republican party is fracturing. Would-be leaders have begun to point fingers at one another. Linn Wood, a Donald Trump attorney, sees Majorie Taylor Green and Michael Flynn as “Deep State” operatives, people not to be trusted.  Their “Stop the Steal” organization, she insists, is a ruse to raise money for themselves. Given the party’s internal grumblings with whom does Manchin wish to negotiate?

Democracy can no longer tolerate the senator’s nostalgia for “the good old days.” His defense of the filibuster threatens the integrity of the ballot box. At the moment, enemies of democracy are using the filibuster, not to protect minorities but to roil a cultural war that will accomplish the opposite. State-by-state, people are losing their Constitutional freedoms. Each time they seek redress from unelected jurists to resolve issues meant for the ballot box, they admit democracy no longer functions. Worse, they make politicians of judges. Over time, rulings the public sees as political will not stand. Already, Chief Justice Robers and Justice Sotomayor have peered into the future. They see a time when states will routinely annul court rulings, as has happened in the case of Texas’ anti-abortion law.

Even if Manchin were capable of restoring collegiality to the U. S. Senate, it wouldn’t be equivalent to moving an agenda. His notion of compromise is to offer opposing sides half of what they want.  That approach didn’t work for King Solomon and the baby. It won’t work in the 21st century.

Manchin is wise enough to know the country is in danger. “If we can’t come together to help America, God help us. What he fails to grasp is the basic tenet of a democracy—the majority rules. He needs to make that happen while Democrats are the majority.