Is There Gold In Them Thar Blogs? 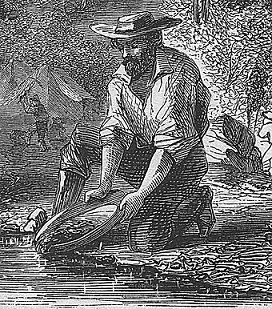 Would you pay to read these blogs?  Don’t gulp. I know the answer.  Recently, a friend interrupted when I started to quote myself.  “You know I don’t read your blogs regularly, don’t you?”

Her confession silenced me the way bird droppings landing on my head might do.  Nonetheless, I’ve never assumed she or any of my acquaintances were regular readers. Frankly, I don’t read my blogs, either.  I write them.

Three days a week, my scribblings reach nearly 900 people.  Three to four hundred of them drop by in an ordinary month. Of that number, three to five readers leave a comment. A desert waiting for a rain cloud gets more traffic.  So no, my opening question wasn’t a serious one, though what passes for journalism today doesn’t fill me with awe. When I subject media articles to  Grammarly, the print flashes so with many errors, it looks like Times Square on New Year’s eve.

I don’t monetize my work because I want control. Money changes the game and I don’t want to play someone else’s. I’m too old to chase eyeballs. Nonetheless, I sympathize with writers who live via clicks per page. Most of them do their writing while standing in unemployment lines.

For them, a new opportunity exists–though, by the time the information reaches the pages of Vanity Fair, as this one has, the big fish have already taken up most of the pond.  I’m talking about Substack. (“The Next Media Gold Rush,” by  Joe Pompeo, Vanity Fair, Dec. 2020, pgs. 40-41.)   The company, says Wikipedia, is “an online platform that provides publishing, payment, analytics, and design infrastructure to support subscription newsletters.”  It allows writers to become entrepreneurs who can sell their newsletters and articles directly to the public rather than beg for the attention of a media editor.

A-listers get upfront payments from Substack. Other contributors keep 90% of what their subscribers pay. Rates vary from $4 a month or $60 a year. The arrangement strikes me as similar to  Amazon’s deal for self-published authors.

I have no idea where this new venture is headed.  According to writer Joe Pompeo, some contributors are making a killing. But I’m dubious.  Amazon’s deal for book writers hasn’t worked miracles. What’s more, if the past is prologue, should Substack become successful, Amazon will buy them out.

Still, while the game is afoot, freelancers, bloggers, and other journalists might try their wings on Substack. As for me, I choose to remain grounded, happy for backhanded compliments. After all, if my friend admits she doesn’t read my blog all of the time, it means she reads it some of the time.