In The Words Of Patrick Henry 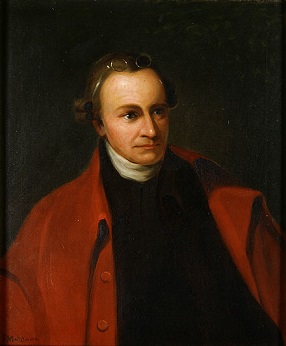 I read an article recently about torture during the George W. Bush administration. Apparently, waterboarding was so brutal the contract interrogator sought to stop the procedure.  Each time he made his plea, the CIA refused and threatened to bring in someone tougher. Eventually, the man issued his own ultimatum. He would employ the technique on one condition. Those who’d insisted upon this form of torture had to witness it. After they did, he quit.

In the fullness of time, waterboarding ended, not because the CIA was chastened but because a whistleblower exposed their secret. Once the public learned of it, the outcry was deafening.

While reading the article, I thought about The Standford Experiment, and a blog I wrote about it in 2015. The study began by dividing college students into two groups, prisoners and jailers. The intent was to discover if assigned identities changed people.  The psychologists soon discovered they did and watched in surprise as the students, according to their roles, became either vicious or cowering, though both shared a mutual desire to destroy “the other.” Their behavior eroded to a bestial degree which ended the experiment.

What we gleaned from that experience is how quickly the human mind rationalizes behavior previously unthinkable. Donald Trump, in his blunt exercise of power, provides a current example. His persistent practice of conduct unbefitting of a President has become “normalized.”

Surprisingly, Democratic candidates running the 2020 election have taken a page from his playbook.  No, they don’t advocate separating migrant children from their parents and throwing them into cages.  But they have absorbed his notion of Presidential power.  Bernie Sanders, Elizabeth Warren, Amy Klobuchar have all bragged about how they would govern in their first 100 days in office: by Executive Orders. Without realizing it, they are speaking the language of autocracy and dismissing the authority of Congress.  Barack Obama used Executive Orders as a defense against Republican inaction. Trump’s persistent application illustrates how that authority has expanded to an excess that almost seems natural.

Executive Orders run against the grain of democracy. What’s more, they have no permanence and can be flipped as easily as a pancake. Only laws endure.

Should  Donald Trump be re-elected, we can look to further erosion in the rule of law–the principle by which we claim to know ourselves. Already, he and the Republican party are putting in place markers for what one writer fears is a coming genocide. We can already see the shoots of racial bias sprouting. We begin with the president’s pardons for military war criminals who were convicted for brutal conduct against Muslims in the Middle East. We have witnessed his determination to pack the courts with ultra-conservative judges. We have listened as he vilified immigrants and noted his attempts to shut down immigration altogether.

Those of us who wish to preserve the integrity of our Constitution would do well to drop all purity tests and remember the wisdom of Patrick Henry, one of the nation’s founders. United we stand, divided we fall.