In Memory Of Iran’s Mahsa Amini 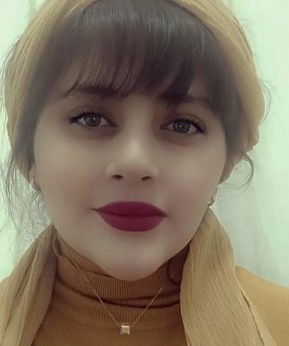 Those of us who take an interest in women’s issues remember Republican Congressman Todd Akin’s remark that a female rape victim rarely becomes pregnant as a result of her ordeal. How the newspapers laughed!  Scoffed! Sniggered! Yet, science agrees with Akin.

Spiders, turtles, frogs, ducks, and dolphins can shut down the reproductive process if a coercive male is unsuitable to perpetuate the species. (“Overthrowing the Patriarchy through Ecstatic Sex,” by Brian Gallagher, Nautilus, Issue 45, pg. 68.) Simply put, the female’s choice decides the course of evolution.

Human females, however, don’t have the same power when it comes to rape. Akin might have known this if he and his wife had engaged in more pillow talk.

The Victorian age, which continues to hold sway in modern conventions, held that a woman’s womb was a passive organ designed to do the sperm’s bidding.  Another commonplace assumption was that the sole purpose of sex was to perpetuate the species. On both points the Victorians were wrong.

The womb is more than a sperm container. Thanks to our knowledge of the human genome, we understand that it plays a role in determining gender. As one scientist explains, “When you have a fetus, it starts off as sexually neutral.” Then the presence or absence of SYR, a sex-determining gene on the Y chromosome of mammals, opens one of two possible pathways.  “The gonad either starts down the pathway to becoming a testes or an ovary.” However, the two channels affect 60 genes “that are neither separate nor linear. They are enmeshed and they work antagonistically.” (Ibid, pg. 69)  It’s a six-week struggle before the ovum’s sex emerges. (Ibid, pg. 69.)

We also know that sex does more than perpetuate the species. It fosters bonding and occurs between members of the same or different sexes. Homosexuality within a group reduces violence.   (Ibid, pg. 73.)

What nature encourages, Victorians abhorred. Nonetheless, Darwin, a Victorian, did take nature’s side when he accepted that women, by their choice of mates, shaped the evolution of males. (Ibid, pg. 74)  Patriarchy may be a consequence of these choices.  In societies where testosterone-driven males became dominant, notions of property and legacy followed. To preserve the pure line of inheritance, men sought to control the women who bore their children. Over time, females were treated as chattel—married off for political or material gain, and deprived of the right to control their bodies.

Again, on the question of women’s roles, nature and society are at odds.  The former seeks the wildness of variety. The latter seeks to impose order. Each structure has its purpose, but one does not necessarily facilitate the other.

Through their demand that women wear hajibs, Mullahs enforce their notion of  feminine modesty. Nature is indifferent. If it cared, women would be born with scarves.

Modesty isn’t a concept found in the wild. Rather, it is a human requirement designed to make women invisible. Presumably, it exists to protect men from their lascivious thoughts. The question is, why shouldn’t men be responsible for themselves?

Patriarchy, entrenched in the world’s major religions, ignores nature’s gifts to both sexes, depending upon survival needs. Females enjoy a resiliency that is absent in men, making them more adept at enduring the pain of childbirth.  During famines, women are more likely to survive than males, ensuring the infant will be nurtured.

Variances in women’s and men’s brains are negligible and have little or no effect on intellectual capacity. Women are not better at language skills than men.  Men are not more inclined toward math than women. These biases arise not by nature’s design but from within cultures.

The battle between the sexes isn’t real.  Matriachaires have never sought to make men invisible.  The feminist movements aren’t about dominance.  They are about equality. In societies where women thrive, men thrive also.