How To Avoid Extinction 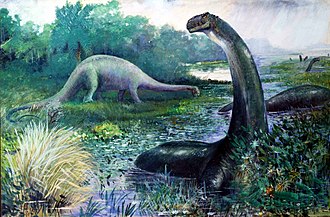 Life is full of danger.  I blew up my microwave making oatmeal this week. On a grander scale, our species faces deadly problems: climate change, threats to democracy at home and abroad, and the omnipresent threat of nuclear war. Nine countries collectively possess about 1300 nuclear weapons “20 times more powerful than the bombs dropped on Japan during World War 11.” (Catalyst, Vol. 22, pg 7)

No wonder health experts are calling for routine anxiety screenings for people over age 64. (AARP Bulletin, Nov. 2022, pg. 4) But why stop there?  Populations everywhere show signs of stress, regardless of age. Globally, among those who are 15-29, suicide is the fourth leading cause of death.

In 2019, one world health organization reported that in the global north 35-56% of the population suffered from mental stress.  In the south, the statistic rose to 70-85%. Mental illness is becoming the norm. Psychopathy and narcissism are so common, they no longer are defined as mental illnesses.

We’ve found other ways to confuse ourselves.  For example, we have between 68-100 self-identified genders on record, with the number likely to grow. Anxiety seems to increase our need for group identity. Unfortunately, that need has created a period of unprecedented polarization, a precursor to violence.

Older systems for preserving order are in disarray. As one expert noted, we can no longer “…surveil or ban or arrest our way out of this.” (“Far-Right Extremism and Gun Violence,” by Hannah Gais, Southern Poverty Law Center, Fall, 2022, pg. 12.)

Scientists have developed a theory to explain why we have yet to discover intelligent life on other planets.  Intelligent life they speculate exterminates itself. Dinosaurs populated the earth for nearly 135 million years and might still be dominant but for a comet. Their brains were too small to develop significant inner lives.  Without a sense of self, vanity, intrigue, racism, and power games lack the scaffolding on which to grow– traits that work against the longevity of intelligent life.

What we need, experts say, is a “Great Filter.” With it, we could eliminate aspects of human nature that work against our survival. But where do we find such a filter?  I’ve never seen one at the grocery store.

Frankly, I doubt Intelligence is the attribute that dooms us. The flaw we seek, if it is a flaw, lies in our primitive brains. Our impulses. Nature designed us to focus on what’s immediate rather than the future. A caveman who steps on a saber-tooth tiger’s tail doesn’t need to contemplate his course of action. He needs to run like hell.

So far, later developments in the prefrontal cortex, like reason and logic, stand feeble against the primitive brain. The marshmallow experiment proves that. Even so, the mind isn’t powerless against itself. An attribute exists that is as ancient as impulse. Kindness, we’ve learned, satisfies as successfully as a marshmallow. Our bodies and our minds thrive on it.  “Do unto others,” isn’t purely a religious notion. It’s a prescription for long life.

Working to promote kindness in the world may seem too woke for some. Yet what is woke but another word for compassion? Does anyone of sound mind object to it? Practiced every day, we might come to see the world differently. Suspicion, aggression, rage, what are these but expressions of suffering?

Some afflictions are too abhorrent to tolerate, I admit. Who would embrace a rabid dog? Yet when kindness is present, we decrease our need for hate. Relieved of its burden, we may come to feel as well as understand that we need each other. Should enough of us arrive at this awareness in time, we may yet save our species.