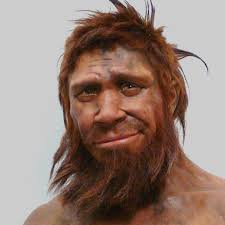 Joe Biden, 46th President of the United States is a  mild-mannered man who shares Mr. Rogers’ temperament more than most in politics. But he’s not withheld criticism of those who refuse to wear masks in public places during the pandemic. He accused these offenders of  Neanderthal thinking.

Not surprisingly, his Republican opponents replied in outrage. They compared his remark to Hillary Clinton’s deplorables. The term was one she’d used to describe some of Donald Trump’s supporters during the 2016 campaign. Despite the objections, and unlike Clinton, Biden has yet to apologize.

Insult aside, the president’s observation has a ring of truth. Medical research has discovered that a Neanderthal variant is lodged on chromosome 3 in some humans.  Those who have it also have an increased chance of suffering severe complications should they contract Covid-19 as well as a 60% increased likelihood of being hospitalized.

Whether Biden meant to insult Neanderthals or express concern for them, I leave readers to determine.  What I will share is what scientists have recently concluded about the species.  Neanderthals didn’t die off because they were less intelligent than our forebears, Cro-Magnon people, as previously thought.  They died off for reasons unknown. Or, one could argue, they didn’t die at all. Having mated with our ancestors, their DNA lives.   (“Pseudo-Scientific Nonsense,” by Angela Saini, Catalyst, Vol. 21, Winter 2021, pgs. 12-13.)

Initially, researchers looked for Neanderthal traces in Aboriginal Australians. They assumed a society without technological advances might harbor the descendants of this ancient species. (Ibid. pg. 13.) But, the trail led in a surprising direction. Europeans, particularly those from the Netherlands, had the largest pool of Neanderthal DNA than the rest of the world. (Ibid, pg. 13)

Naturally, the notion that Neanderthals were inferior to Cro-magnums had to be reconsidered.  Discussions roiled the scientific world and spilled over into talk of racial differences. Once the dust had settled, scholars concluded that racial differences were fiction.  While we ordinary folks may dote on arbitrary distinctions and prove ourselves ready to draw blood to defend them, these distinctions have nothing to do with race. (Ibid, pg. 13)

A new question came to mind when I discovered this last point. Do those of us with Neanderthal DNA  behave differently from others?  Do these genes make us more aggressive, for example?  Can we blame them for the desire to cancel other people’s culture?  Or for despising those who are “woke” or not “woke”? And what, if anything, does the variant have to do with climate change, poverty, or the pandemic?

Writer Jacob Bacharach offers his explanation for our divisions, and it isn’t genes.  He blames the rich and the political elite.  Our “culture wars, “he insists, are inventions of the oligarchs, and their purpose is to keep the masses set at each other’s throats. While we squabble over whose DNA is the purest, or which skin color is superior, the wealthy rub their hands with glee and continue to plunder as they have done for centuries.  (“Culture  Warriors,” by Jacob Bacharach, The New Republic, April 2021, pg. 11.)

Bacharach may be right about why we continue to fail to address climate change.  Let us  “follow the money.” The fossil fuel industry contributed $8.8 million to friendly political candidates and issues in the last three election cycles. Executives of the industry contributed $18 million. The top 45 contributed $8.5 million. (“The Fossil Fuel Industry Funds Sedition Caucus…” by Alan Zibel, Public Citizen, March/April 2021, pg. 16.)

Money, however, seems to have no bearing on why we are struggling in our battle against Covid-19. Our hospitals are filling again. Our graveyards are set to overflowing. And, we’ve shed enough tears to set afloat the Japanese cargo ship grounded in the Suez Canal. Even so, there are among us those who close their eyes and ears to science, and who doubt the pandemic is real.  Could these skeptics be the descendants of Neanderthals?  Is it possible Biden got it right?

How else are we to understand why so many  Republican white men refuse to take the Covid vaccine? Or, why they are so mulish on social issues, like voting rights?

I’m grasping for answers, of course.  What I do know is that ignoring the pandemic can lead to death.

Perhaps I have overlooked the divine in all this. Perhaps those remnant Neanderthal genes are a Fail-Safe.  Could Nature have gifted us with a peaceable solution to our present social ills?