Have We No Shame? 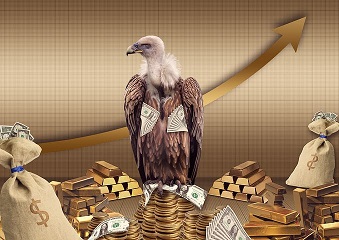 I read an article the other day that praised Donald Trump for his extraordinary leadership. The author congratulated the president for his attempts to revive the coal industry, his rollbacks on climate change regulations, his tax reforms that made the super-rich wealthier and his immigration policy that separated children from their parents–not to mention his decision to deport severely ill youngsters who came to the United States by invitation to receive life-saving, but experimental treatments.

I’d hoped the list as pure satire, but it wasn’t. Like many of Trump’s Wall Street cheerleaders, the writer seemed to place the economy above conscience. Even so, not all pundits agree Trump has brought stable prosperity to the nation. (“The Economy,” The Week, Nov 15, 2019, pg. 6.) Some even predict a coming bubble worse than the one in 2008.

In my view, Trump’s China policy, his chaotic leadership in the Middle East and his midget standing among world leaders threaten to erode our stability further. Nonetheless, a significant minority support him with cult-like allegiance.

In the 1970s, the Evangelical wing of the Republican Party called themselves The Moral Majority and insisted good character was the highest qualification for public office. Today, their remnants pledge allegiance to a President whose scandals would make John Gotti proud. As proof of his corruption, some of Trump’s closest advisors have been jailed because they exhibited a blind loyalty to our dear leader’s greedy objectives. The charges against them are outlined in the Mueller report, a document which, in part, gave rise to the current impeachment proceedings.

In the main, the Moral Majority has remained shockingly silent about Trump’s shenanigans. To the contrary, our head of state has high-profile supporters.  Rand Paul, an ultra-conservative Senator from Kentuck, for example, defends the President’s quid-pro-quo with Ukraine. Apparently, he too believes the emoluments clause in the  U. S. Constitution is phony.

Rancorous as Trump’s leadership has become, we the people have the final say on what the Constitution means and what passes for America’s traditions. Let us begin by asking ourselves one important question: is a good economy a fair exchange for the country’s core values? In my opinion, if we regard our nation with a soldier’s loyalty, we will refuse to return this man to a public office, an individual who has proved to be venal, dishonest and corrupt. If we give the man a second term, we will have lost all shame.