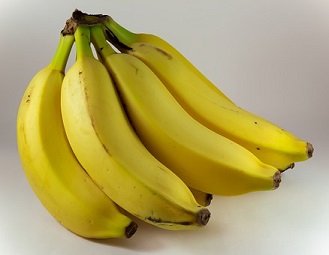 I used to think I was a reasonably informed person, but President Donald Trump has taught me what passes as information can often be fake.  Take the banana, for example. In the ‘60s and ’70s, it would never be mistaken for a work of art. But since Trump has been in office, reality has taken a sudden left turn.

At  Miami’s Art Week, recently, three people paid between $120,000 and $150,000 for 3 bananas that were stuck to a gallery wall with duct tape. (“Modern Art,” The Week, Dec. 20, 2019, pg. 16.) One critic described the rotting fruit as depicting the “fragile passing of time.” Collectors were willingly duped even though at the supermarket shoppers could take home the artistic equivalent for 50-cents—no charge for fruit flies.

Mentioning fruit flies makes me think about today’s Republican Party. Unlike the era of Abraham Lincoln, in 2019 its membership consists of  white-nationalists and those who praise Vladimir Putin  “as a champion of Christianity and traditional values.” (The U. S.’s Putin Party,” The Week, Dec 20, 2019,pg. 12.) That may be well and good for Putin, but I don’t recall when Trump became a Christian or last practiced its values.  I could have missed it. Maybe I was staring at a banana taped to a wall.

I will say this for Trump, he’s being honest when he says much in today’s world is fake. Take those 5-star product reviews we see on Amazon. Recently, I learned people make a living churning out these evaluations that, like rotting bananas, are nothing but garbage. (“Fraud,” The Week, Dec. 20, 2019, pg. 36.)

A consumer can get a review of these reviews on ReviewMeta or Fakespot. Just paste and copy the link. Unfortunately, these watchdogs have their critics, too.

It would be nice to have some formula that could express the difference between what’s fake and what’s real, especially when it comes to art and politicians. I doubt even Einstein could have done it, though. No matter. I take comfort in the fact that mathematics is real, even though I can’t touch it and my professors struck me as a little crazy.