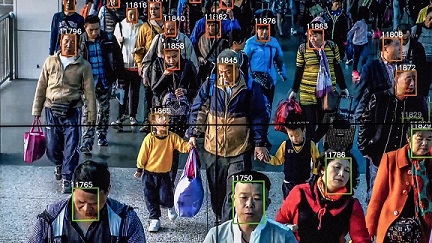 Not long ago, I grew weary of seeing my news feed treated like a public kiosk. I love promoting my friends’ achievements when they publish a book or have an art show, but commercials are fair game for exploitation. One day, for example, I attached an announcement for Just Read It, my book vlog, to a recurrent talk show commercial.

“Elizabeth” responded immediately. “This shameless non-sequitor (sic) self-promotion is turning at least one person, me, off of (sic) ever looking up your book or podcast.”

Frankly, we have social media to blame for our transformation. Their business model is to mine our personal information and sell it to commercial enterprises. As such, we are prized, not as consumers, but as data.

The excuse these companies give for accumulating mass amounts of information is that “they want to serve us better.” In truth, they collect information to own us and manipulate us accordingly.

Unfortunately, we are suckers for their argument. Lured by the promise of increased safety, for example, we not only accept surveillance cameras in the streets but will consider bringing them into our homes.  Have we given much thought to the pros and cons of this trend?

China, far ahead of us when it comes to spying on its citizens, is about to meld facial recognition with surveillance devices. If perfected, the country plans to export the new technology. I’ve no doubt despots are lining up with buckets of expropriated cash.

Our Congress seems wary. The principal objection is that the technology is foreign. Ethical questions don’t appear to have provoked much thought.

Compared to climate change, the subject of surveillance has attracted few impassioned voices. Frankly, our government seems to be in over its head. The media giants are busy making money. Edward Snowden raised the alarm, of course. But he’s a traitor, isn’t he?