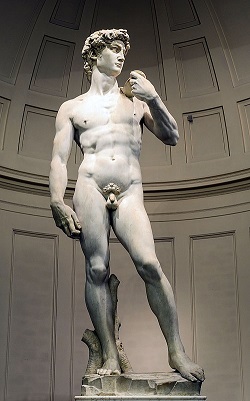 The pages of fashion magazines are bursting with predictions about new trends for the upcoming season.  One reason for optimism is that Covid-19 may be losing its grip on the country.  The battle isn’t won but incidents of the virus seem to be slowing down.

If sustained, that means restrictions on social interaction will relax. More parties, more public events, more entertainment outings. For the season’s calendar, a woman needs a wardrobe, so why not make it wonderful, designers ask. As one remarked, the elegance of fashion represents the elegance of the soul. (“Gucci Movie Summer,” by Alessandra Codinha, Town&Country, Summer, 2021, pg.43.)

Working at home because of the lockdown allowed some of us to ignore our fashion souls.  One attorney I know admits he makes Zoom court appearances in a traditional coat, shirt, and tie, but where the Zoom lens cannot peek, he wears the bottom half of his pajamas. I confess to my laxity, too. Making a Zoom appearance the other day, I discovered I’d have been wise to run a comb through my hair.

Except for pampered dogs that sport overcoats in the rain, most animals lack a sense of apparel. To be fair, nature provides. An Alaskan polar bear needs no outerwear to brave the icy storms.  The same can be said for ducks swimming in a snow-rimmed pond.  Most creatures embrace changes in the weather without changes to their wardrobe. Salamanders miraculously can replace what they’ve lost, like a tail. Wouldn’t it be wonderful if humans could do the same?  Regrow an arm, for example?

Well, maybe humans can if science learns the salamander’s secret. One species has some researchers’ full attention.  A Mexican variety of salamander, almost extinct in the wild, can do better than replace a tail.  It can regenerate almost any part of its body, including internal organs. This species of axolotl doesn’t form a scare when injured, it replaces the entire part.

Nature, science has discovered, provides two ways to heal physical injuries: a) by scaring, which closes off the wound to prevent infection.  Or, b) by regeneration, which replaces the damaged tissue altogether. What favors the latter option is a class of proteins that support immune cells or macrophages to do their regenerative work.

The lucky Mexican salamander has these proteins.  But guess what?  Other creatures do too, including humans. So why do salamanders regrow their parts while humans settle for scars? That’s the overwhelming question science is pursuing. Would it be possible for people to avoid scaring and regrow damaged hearts or limbs?

The answer lies well into the future, of course.  But science has taken the first step to find the answer. What a miracle it would be if they succeed in their quest?  Perhaps one day, we’ll choose to throw away those Gucci duds and celebrate the human body—the birthday suit being the most elegant design of all.