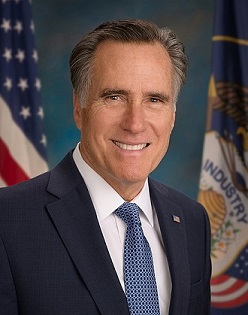 Indigenous tribes in the Brazilian Amazon are locked in a battle with the government to preserve their lands and way of life. So far, they have shunned all offers of money.  The rest of human civilization could learn from their values. After all, where do you buy drinking water if your rivers are polluted? How do you build shelters if the timberland is barren? How do you feed your children if animals have disappeared?

Those of us who live in developed societies seem oblivious to the simple truth that Earth, not money, sustains us. Our disconnect has become so skewed we actually believe money is power. Sometimes, however, we in the civilized world are forced to confront our misperceptions.

Recently, Mitt Romney voted to impeach President Donald Trump, the sole vote against the leader of the Republican party to which Romney has long been a member.  Democrats hailed him as a patriot. His cohorts heaped scorn upon him. He was a man, they charged, who couldn’t be trusted. Consider the number of times he’s changed positions on matters of consequence they said– gay rights and abortion among them.  Their charge might seem fatal, except for Trump’s many flip flops.

In charity, we all know opinions can alter. All that’s required is one revelatory experience. William F. Buckley, the champion of conservative thinkers once wrote southern whites had a right “…to discriminate against the southern blacks on the basis of their ‘Negro backwardness.’”  Later, forced to confront the issue, he changed his mind.

To alter one’s opinion is no crime. What matters is the basis for making the change. Romney gave priority to the values of his religion over those of his party.  As an atheist, I’m left to feel queasy, being mindful of the Inquisition.  Nonetheless, I honor him.  “It takes a great deal of bravery to stand up to our enemies, but just as much to stand up to our friends.”