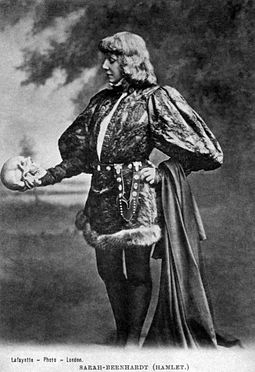 As I trawl the internet in search of information for this blog, I recently came across Thomas Friedman’s question in his New York Times column. (11-10-21). If people won’t wear masks during a pandemic, how will they endure the discomforts attendant with fighting climate change? It’s a good question, right up there with “To be or not to be.” (Hamlet, 111, I, 56.)

As a writer, I have many questions about human behavior. For example, why do police officers wearing body cameras beat, taser, and shoot black citizens they’ve pulled over on a traffic stop? Do they forget the cameras are rolling?

Because human impulses are so unclear to me, I share Friedman’s skepticism about our future on the planet. I doubt we have the moxie to save ourselves. When a warming climate allows the snows of Antarctica and Alaska to form a confluence in Kansas, will the last man on earth, his nose raised an inch above the water, wonder if the scientists were right? Like the unvaccinated man who asked for a Covid vaccine as he was put on a ventilator, will the drowning man wonder if he waited too long to unload his gas-guzzling car?

As I am old, the time will come when, like Archbishop Desmond Tutu and Betty White, climate change will longer concern me. I’m not sure what plans Betty made for her final, final exit, but Tutu, concerned about the environment, arranged to be acquomated. Cremations and burials aren’t eco-friendly, I’m told.

That I should disappear from this earth without leaving a negative trace is the least I can do. I acknowledge I came into a greener world than the one I am leaving. But how am I to make my exit? Being an atheist, I have no fear of hell. It’s, Hamlet’s doubt that haunts me:

To die, to sleep, To sleep, perchance to dream—ay, there’s the rub.

Despite my willing it, the Catholic question of a soul niggles me. Could David Brooks be right? Does it exist? If so, with what respect should I treat my shadow companion at the end? If there’s a moment of consciousness beyond the grave, how do I apologize for decades of neglect?

Having no reply to my question, I’ve decided to concentrate on dissolution itself. Let my degeneration be gentle and loving to the earth and body which have served me well. Happily, if happy is the word, I have several options. Besides aquamation, there is mushroom burial, sea or sky burial, and recomposting, to name a few.

At the moment, I’m leaning toward mushrooms. But, on the question of dying, I’m likely to procrastinate. Like Woody Allen, I’d prefer not to think about my ending or be around when it happens. My dread goes deeper than his, though. I don’t want to be around after it happens, either.