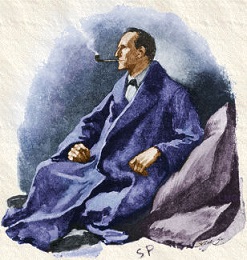 At the end of my walk during a warm summer day, I paused beneath a maple tree to watch one of its seedings as it spiraled to the ground, two seeds, each attached to a wing that jutted from a single stem.  As the afternoon was calm, it twisted lazily, like a dancer performing a slow pirouette. The movement exuded grace as if the seedling was confident it would create a new generation of maple trees.

Sadly, it landed on the pavement a few inches from where I stood. Its roots would never penetrate a surface hardened by cement and lime. Nature had failed to anticipate human intervention.

Seeds have a clear mission. Humans do not. Capable of fulfilling many potentials, people are unpredictable.  A man may be a coward one day and a hero the next. He may love his pet husky and treat it well until, inexplicably, he abandons it on a lonely highway. A neighbor turns cruel when he fears a man, suffering a heart attack,  might die on his lawn.

Thanks to camera cell phones, we are learning a good deal about human behavior. People recorded during unguarded moments can surprise us.

When surveillance becomes easy, it extends beyond military and intelligence agencies, or commercial enterprises. It becomes the province of anyone interested in sleuthing. After the Capital insurrection of June 6, 2021, thousands of individuals shared their cell phones images with the authorities. Hundreds of arrests followed.

As the June 6 investigation shows, an army of volunteers with cell phones stands ready to assist official investigations.  Some highly organized groups already exist. Bellingcat which Eliot Higgins founded is a major player.  Higgins describes his work as a battle against misinformation and wrong-doing. (Ibid, pg. 169.)

A crowd-sourcing approach to fighting crime has some people worried. What is the difference between a posse and a mob, they ask.  What are the guard rails that keep amateurs from becoming purveyors of misinformation? We know, for example, that facial recognition algorithms are faulty. The features of black-skinned people are harder to pinpoint than those of white people. (Ibid, pg. 171). We also know, facts can be skewed by asking the wrong question or by giving weight to one fact over another. The truth may be true, but as Michael Haden, former head of that National Security Agency (NSA) once warned, if handled improperly, the truth can mislead. (Ibid pg. 173.) One reason is that facts say nothing about intention.

Because camera cell phones are more prevalent than indoor plumbing, amateur sleuthing threatens personal privacy. Without rules, we become victims of our technology. Just as we’ve altered the destiny of a maple seed, we may find we are altering our future beyond our imaginings.