by Caroline Miller
A felon can be U. S. President, dishonesty as the new norm, Donald Trump, inclusiveness and crime, integrity of U. S. Supreme Court, Louis Gohmert, Mar-a-Largo, Roe v Wade, Sean Hannity, the rise of the cheat, Trump's handling of classified documents, What Trump's big lie has taught us, when consequences for bad actions disappear
0 Comment 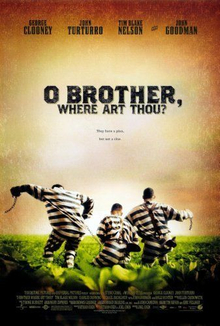 Sometimes, in the course of human affairs, actions are so preposterous, laws don’t exist to prevent them from occurring.  For example, no one has suggested we need a rule that bars killer whales from competing in Olympic swimming competitions.  Dogs aren’t required to have driver’s licenses or passports.  So, when Sean Hannity, a Fox News commentator, noted that a felon could run for U. S.  President,  all but the corrupt were surprised. We must blame the honorable men who drafted the  U. S. Constitution for the oversight. Innocence may become them, but it leaves the country facing the absurd.

Even so, Hannity’s remark points to a new norm.  If we embrace his notion of inclusiveness, we are obliged to accept liars, cheats, and felons as eligible to hold high office. Consequences for crime disappear. Instead, we must reward those guilty of sleazy intent with our confidence.  True believers go further.  They will defend those who are found with their hands in the cookie as victims of a conspiracy.  Or, they will paint the offense as being trivial.  Donald Trump took top secret documents to Mar-a-Lago?  Or swallowed them?  Other than the effect on the former president’s digestion, where’s the harm?

If the United States is becoming a kinder, more forgiving nation, I applaud the change and hope the new standard applies to immigrants, minorities of every stripe, the poor, and the working class. Think of the tax savings the nation would enjoy if we emptied our prisons.  We could give the money to the military to develop a death ray.

People who embrace absurdity and contradictions without blinking show an enviable tolerance. Liars and cheats and crooks have long existed, but few have felt free to exhibit the blimp-sized bravado tolerated today. We have Trump to thank for this phenomenon.  An accomplished liar, he had taught us to double down when accused of impropriety.  No more blushing with shame. A lie we now know, if often repeated, gains the ring of truth.

His appointments to the U. S. Supreme Court share his talent for dissembling. Each of them swore to Congress that Rove v. Wade was settled law. Yet, how easily they betrayed their words after attaining the high bench. A chameleon couldn’t have changed color faster.

With the forty-fifth President and the high court as an example of the new norm, I sympathize with Congressman Louis Gohmert.  He feels discriminated against.  “If you’re a Republican, you can’t even lie to Congress or lie to an FBI agent or they’re coming after you.”