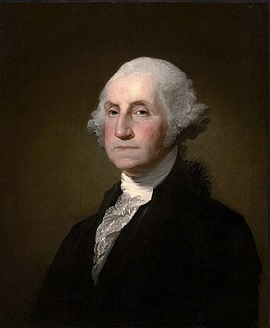 The latest round of scandals involving the President and the Attorney General is another body blow to our democracy. True, we’ve seen cozy relationships between a President and the Department of Justice before: John Kennedy appointed his brother, Robert Kennedy as U. S. Attorney General. Richard Nixon appointed his law partner John Mitchell to the same post.  Robert Kennedy used his office to fight crime.  John Mitchell went to prison for his efforts to cover-up Richard Nixon’s wrongdoings in Watergate.  William Barr, Trump’s Attorney General, seems bent upon following in Mitchell’s footsteps but with one major difference. During Watergate, the U. S. Senate assumed its Constitutional role and placed a check on the misconduct. Today’s Senate merely “hopes” that having been impeached the President will attempt to do better.

Only the U. S. House and the judiciary remain to impede Trump’s march to despotism, a march which includes making war against the citizenry, sending our military into sanctuary states that refuse to enforce his unjust edicts against immigrants. Unfortunately, he has used his time in office to flood the courts with conservative appointments eager to support his misdeeds.  The House may be our last defense because it controls the nation’s purse strings. Even so, the President has used his felt pen in unprecedented ways, gutting military spending to build a wall at our southern border, for example, diminishing Congress’s budgetary role.

Trump has other ways of bypassing the legislature, as well, some of them capable of influencing the likelihood of his reelection. If a good economy is his return ticket to the White House, then he has numerous ways to sustain the illusion the nation is enjoying unprecedented prosperity.  A recent article by Laura Davison and Ben Holland in Bloomberg Newsweek lists strategies he has at his disposal that should terrify us. To name a few, without Congress, Trump can: a) dangle the prospect of more tax cuts; b) play with tariffs pertaining to China and elsewhere; c) implement ways to weaken the dollar to reduce the cost of imports; and d) loosen credit for homebuyers.

Money flooding into the economy from these temporary ploys would reduce unemployment numbers further and send the stock market into the stratosphere.  After the election, this sugar high would leave taxpayers facing increased debt and the probability of economic chaos.

If Congress won’t act to thwart the President’s reckless behavior, the burden falls upon the electorate.  We are a nation stewing in political corruption and Americans must choose. Is short-term economic gain the only measure of a president? Is our democracy only about “the economy stupid?” Or will America awake to the current debauchery and realize what’s stupid is to suppose the economy is all that matters.