Corruption In The Palace Of Justice 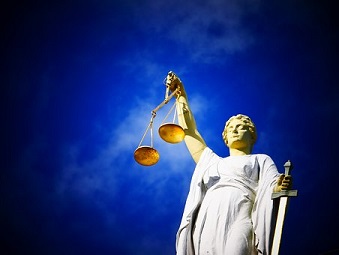 Politics on the local and national spheres share one value in common. Voters expect their representatives to serve their constituents without seeking personal gain.  In Oregon, the feeling is so strong, that when I served in public office, I rejected a free lunch if it was offered.  Like a girl on her first date, I figured it was safer just to say no.

Our forefathers held the same view of purity, apparently.  The emoluments clause they inserted into the Constitution prohibits federal officials from accepting anything of value, including token gifts, consulting fees and reimbursement gifts from a foreign government. The purpose is self-evident: to prevent even the appearance of corruption.

The U. S. Justice Department has been the guardian of this clause since its inception and has interpreted it broadly to avoid any appearance that an agent of the government might have ties to a foreign entity.  Two years ago, when Donald Trump took office, the department began to narrow its parameters, making their interpretation of the clause compatible with the views of the President’s personal attorneys. According to Kathleen Clark, writer for Time magazine, direct gifts to Trump from a foreign government are still e viewed as attempts at bribery, but commercial transactions are not.  As the emoluments clause is silent on commerce, the Justice Department decided commercial transactions aren’t prohibited.

The phrase, “open sesame” may flash in the mind of someone suspicious of this new understanding.  Certainly, foreign dignitaries have come flocking to Trump’s hotels.  They purchase suites and plan lavish events that line the President’s coffers. They don’t come because these sites offer extraordinary service but because, as one ambassador expressed it, “We have a good relationship with this president.”  Saudi Arabia’s representatives are among these.  They frequent his properties to a degree that a passerby might be forgiven for mistaking a Trump hotel for a Saudi embassy.

The Senate Republicans, under the guidance of  Mitch McConnell, have been silent on the Justice Department’s new role as Donald Trump’s personal attorney.  The Democrats, on the other hand, have filed their objections as a lawsuit. The rest of America must wait and hope the trial isn’t set in the court of a judge whom Trump has newly appointed.