Close Encounters Of No Kind 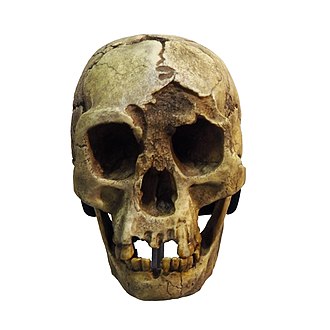 The Fools in Town Are on Our Side, a mystery novel by Ross Thomas, is not only a good read but carries a great title. Today, it could serve as a slogan for the Republicans Party. Two of its leading lights are behaving in a manner that justifies the idea. Testifying in a suit against her,  House Republican Marjorie Taylor Green, age 47, pled memory loss so many times that her fitness for office could be called into question.  Likewise, House Minority leader, Republican Kevin McCarthy has a love/hate relationship with Donald Trump that borders on schizophrenia.

He’s not a Republican, but Vladimir Putin also seems confused. He said he invaded Ukraine to liberate it from the Nazis.  Much of the world shook its head.   Volodymyr Zelensky, the country’s president, is a Jew whose relatives were victims of the holocaust.

When that argument failed, Putin had a fallback position.  He announced his intention to liberate the Donbas.  As he speaks, his troops attack Odessa, a port city in the southern part of the county.  For Putin to have lost both his map and his moral compass seems a pity.

While Putin dithers, millions of Ukrainians are killed, maimed, or have lost their homes, even whole towns.  Russia will fare no better, over time.  Already, thousands of his young soldiers have died for a cause they don’t understand.  Why should they? War is often insane, and Putin’s war is among the most bizarre.

In 1961, after the Korean War, two-thirds of the United Nation members vowed to put an end to the senselessness. They created the Non-Aligned Movement which was meant to discourage conflict.  The group is active today though it isn’t always united. When the Soviets invaded Afghanistan, 56 members out of 120 voted to condemn the action. Today, the same number has voiced disapproval over Russia’s Ukraine invasion.

Both times, the condemnation represented little more than a slap on the aggressor’s wrist. No doubt, members of the movement muted their response because they have economic ties to both Russia and the West. The Swiss government, for example, finds itself embarrassed as it wags its finger at Russia while refusing to grant Germany the right to export heavy Swiss armaments to Ukraine.  Likewise, India has soft-pedaled its opposition because it buys Russian weapons to defend its borders. Only Singapore has imposed sanctions on Putin.  Being a small nation, it shares Ukraine’s vulnerability.

While the neutral nations struggle to walk the line between democracies and autocracies, they may find the future more complex. Globalization could become a relic of the past. Already Russia and China are choosing to be self-reliant rather than depend upon trade.  We see the skirmish playing out in the financial world. When Visa and Mastercard pulled out of Russia to protest the country’s invasion of Ukraine, Putin turned to China for help.  That country’s UnionPay credit system has been in the works for some time and is intended to insulate China’s economy  from boycotts like the one Russia is facing.

Paul Donovan, the chief economist of UBS Global Wealth Management, believes other nations will change their business model, too, because of the political instability. He predicts economies will turn inward, becoming more local. Technology makes this possible. Take energy independence, for example.  Eleven countries are leading the way by developing wind, solar power, and other homegrown resources that are also environmentally friendly.

Can nations achieve their separate peace by turning inward? History speaks against it. Be it between tribes or countries,  people make a habit of killing one another. If Nature had wanted peace, it should have advanced some other human-like species.

The H. floresiensis, a small enclave in Indonesia, might have performed better. Its roots are ancient and rumor has it they still exist.  Occasionally, there are sightings. If true, they are among the few creatures on the planet to have managed to live at peace with homo sapiens. Unlike dogs, who serve us, their strategy is different. They neither cooperate, compete, threaten, nor choose to war with us. Nor do they seek neutrality. They simply choose to have nothing to do with our kind.