Chasing Fail-Safe On The Internet 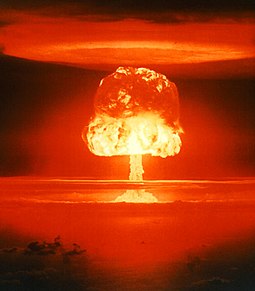 “Four-and-a-half to be exact.” The voice coming out of the receiver was firm, almost authoritarian. I paused to count 4-and-a-half years on my fingers. In the silence, my computer guy continued.   “What you need is an upgrade, but I can’t do it now because supplies are stuck  on a ship in the mid-Atlantic.”

“An upgrade? Do you mean I’ll have to reset my passwords?”

His, “Yep,” forced me to gasp as if I’d been dropped through a scaffold with a noose around my neck.  Who doesn’t resent the tyranny of passwords? To be honest, my faith in mine disappeared when Equifax allowed my personal information to be scattered across the dark web like dried tea leaves. More to the point, if the  FBI can be hacked, so can I.

Facebook is another example. I change my password for that platform as regularly as my underwear.  Each update I record in a 3 ring binder that sits atop my desk. Old fashioned, yes.  But if I can’t trust the FBI’s security, I’d be a fool to put my faith in a private company that lives in the Cloud.

ARRP Magazine has some good advice on protecting passwords.  (“5 Step to Online Security,” by Doug Shadel, Oct/Nov 2021, pg. 28, 80)  Writer Doug Shadel suggests making them long and using words or phrases that don’t make sense together.  In the past, I listed the planets of our solar system in the order of their distance from the sun. Then astronomer Neil deGrasse Tyson stuck in his oar and decided the 9th planet wasn’t a planet.  I was outraged for Pluto and because I had to change another password.

Shadel is strong on a two-step verification system for extra safety. “When you enter your login and password, the website enters an email or text to a different device with a code for you to enter. Only then will it allow you through the site.” (pg. 80.) He adds there’s a link among the personal settings of our computers that allows anyone to set up the process. Unfortunately, I don’t trust computers. I keep fretting about the film, Cube.   If I forgot my portal, my password would be lost forever.

Being wary of other people’s security advice is sensible. We’re a species that uses the threat of nuclear war as a failsafe. To paraphrase Hellen Keller, even God isn’t protected when She leaves Her work in the hands of humans.