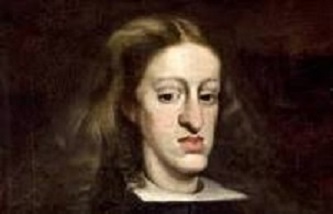 Working with an editor on my memoir taught me to appreciate how rapidly language changes. Like floodwaters, it flows, alters course and refuses to be controlled.

The French have tried to apply rules to their native tongue, hoping to preserve its purity, but snippets of English breach the Channel like bits of non-biodegradable plastic. Francophile ears chafe to hear words like le self-made man, le parking, le weekend and le hardware. (“We Must Resist the English Invasion,” by Jean-Marie Rouart, The Week, December 6, 2019, pg. 14.)

Politicians, too, aspire to claim purity. While Congress reviews evidence that could impeach Donald Trump, our 45th president,  Rick Perry insists the man is The Chosen One. Evangelicals who study their Bible seem to agree.  King David was a troubled man they point out, yet he became God’s agent.

Given their argument about a flawed ruler, Trump qualifies. He is a proven liar, adulterer, and con man.  Yet what greatness flows from so much dishonor one wonders? Writer A. J. Dionne gives us a hint.  Trump’s spreading shadow gives cover to those who work to ensure minority rule in our democracy. (“The GOP’s ‘minority-rule’ project,” by A. J. Dionne, Jr, The Week, Dec. 6, 2019, p. 12.)

These minions purge voter rolls, alter voter eligibility, and close polls in minority neighborhoods. In concert, he stacks the courts with conservative judges and sleeps well at night knowing his benevolence will pay it forward in the Electoral College.

Unfortunately, the pursuit of purity flies in the face of Nature, a force that loves evolution and diversity.  By way of example, the Habsburgs of Spain tried to preserve their royal line with inbreeding. What they achieved was the woeful disfigurement of an elongated face and chin.

We should remember what science teaches us, not religion. Water loses its purity from stagnation.  (Leonardo da Vinci)