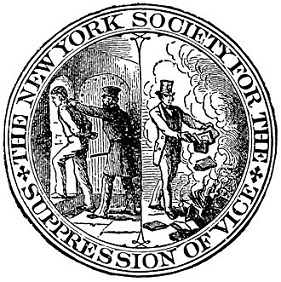 When my mother moved into assisted living, I became the landlord for her half of the duplex.  My first tenant was an art historian with a Ph.D. He’d moved to Oregon after working several years as an adjunct instructor at a midwestern university. Perhaps he hoped to find tenured work here, but he never did. Instead, he took part-time assignments at two local institutions in Portland and drove 4 hours one way to Eugene twice a week to teach at the state university. When he couldn’t pay the rent, he’d sell items on eBay to make up the difference.

A man in his thirties, he enjoyed good health– which was lucky because adjunct work provided no medical benefits.  As a layperson, I thought his situation reflected poorly on higher education. If he’d served coffee at Starbucks, he’d have had health insurance, at least.

After a year of living hand-to-mouth in Portland, his former university invited him to return. They weren’t offering a tenured position but he jumped at the proposal, anyway.  He missed his friends, and he was tired of driving 4 hours one way to teach a single class in Eugene.  As I waved him off in his battered car, I hoped his fortune would change, but I saw no reason why it would. Higher education has become as addicted to adjunct teachers as the plantation owner once was to his slaves.

Those who labor in the humanities face an especially bleak future. Facing loan debt which makes them hungry for degrees in well-paying jobs, students gravitate to fields in science, technology, engineering, and mathematics (STEM) The trend is ironic because “Study after study has shown that employers want employees with core competencies such as written and verbal communication skills and intercultural fluency.”

COVID, too, has added to the current crisis in education. Overall, enrollment is down because of it. The loss of tuition fees leaves black holes in the budgets of many institutions that can’t be backfilled from large endowments as Harvard and Yale enjoy.

Because STEM studies require expensive equipment, teachers’ salaries get squeezed. To teach Plato, a school doesn’t need a centrifuge. It needs a teacher and a book. But the STEM trend has schools by the throat, and it is killing them.

Adjunct teachers, so prevalent among faculties, are overworked.  Their salaries condemn them to a life of poverty which, in turn, forces them to patch together more work to pay their bills and student loans. Academic research is a luxury they can’t afford. As a result, the intellectual life of institutions suffers.

The dirty little secret adjuncts try to keep is that many exist at the poverty level and a quarter of them rely on public assistance.  Others supplement their salaries with extracurricular activities. One admits she works as a prostitute. A number of them live in their cars, bathing in public lavatories as they struggle to avoid looking homeless.

Why do they carry on? Because they love to teach. Ironically, their devotion both weakens and holds the academic system together. As teachers, they are pivotal to the success of education. Studies show what students prize most is a teacher who makes the subject exciting;  a teacher who cares about the student personally; a teacher who encourages students to pursue personal goals.  Yet instructors who rely on a food bank and recipes from the Adjunct Cookbook aren’t free to deliver high-quality instruction over time.

Senator Bernie Sanders and Rep. Pramila Jayapal have a bill in Congress to address the financial problems in higher education. It includes help for the adjunct teacher: The College for All Act 2021.  An ambitious proposal, it pledges the federal government will provide 75% of the cost for public universities and colleges if states will pick up the remaining 25%. In addition, institutions that benefit from this money must expand their tenure track positions by 75%, and the new hires must come from the current contingent of adjunct workers.

No doubt many in Congress will find this approach too progressive. A member like Senator Joe Manchin is likely to fear If we improve the adjuncts’ lot, they will run off and buy drugs.  If he voices this opinion again, I hope there will be a public outcry. The number of QAnon supporters, anti-maskers, anti-vaxxers, and book banners in our midst is a powerful reason to take higher education seriously.