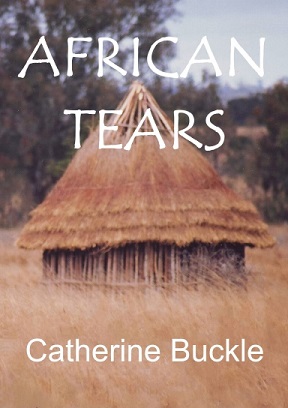 I’m neither a history scholar nor a psychiatrist, but I’ve always felt discrimination has more to do with being either the top or underdog in society rather than about race or politics or religion.  Something in human nature abhors equality.  Slavery, the vilest form of discrimination, goes back centuries.  We find it in the dialogues of Socrates  (82 b. c.) and at various points in the Bible.  African tribes enslaved one another as spoils of war. The concept broadened in the sixteenth century when the Portuguese arrived on the continent and paid winners for the losers. The commerce grew until there weren’t enough war captives to meet demand Eventually, anyone vulnerable fell into a slave trader’s net. Nigerian journalist and novelist, Adaobi Tricia Nwaubani recounts the life of her great grandfather, a highly successful slave trader who was proud of his achievement. To see the past through today’s lens is a mistake, she warns.

Isabel Wilkerson’s book, Caste, explores what she considers to be the source of discrimination and race isn’t it. Unfortunately, I can make no other comment on her thesis as I’ve just purchased the book.  Nonetheless,  I think Wilkerson is right about race and raise the slavery issue, which is so often linked with it, as background for the book I intend to review here.

African Tears by Catherine Buckle concerns her life and that of her husband’s, each native Zimbabweans, who became white farmers at the end of colonial rule. Both had supported the war for independence and bought their land from Robert Mugabe’s government. Mugabe was a revered freedom fighter who became the country’s first president.  He was a better fighter than a governor, however, and by the year 2000, the country’s optimism had turned to despair, particularly among the war-veterans who had been promised land in exchange for service to their country. On the eve of Mugabe’s reelection, they began their reprisals by squatting upon acreage that belonged to white and black farmers, alike.

Violence soon followed. But Mugabe, with an eye to his reelection, refused to take action and, in some cases, encouraged the landgrab. Farmers who resisted were sometimes beaten or killed. The rest were reduced to watching their crops set on fire and their water resources diverted so that tobacco, important as an export, scorched under the African sun. Naturally, with few crops brought to market, food shortages occurred, inflation soared and the economy was imperiled.

Mugabe won reelection, but the country failed to recover. Many farmers, like the Buckles, gave up their land and moved to the cities. Few people with the skills or the equipment for large scale farming replaced them and conditions got worse. In 2017 people had had enough.  Mugabe was driven from office, though he fought against it, unable to get past faith in his mythology and unwilling to acknowledge the chaos he’d brought to his people. I wish I could say his removal has helped to right the nation.  Unfortunately, his successor, Emmerson Mnangagwa, has chosen to follow Mugabe’s brutal path. (“Zimbabwe,” The Week, August 14, 2020, pg. 17)

Buckle’s story of a country tearing itself apart is heartbreaking, especially to me as someone who lived there. Nonetheless, the book has a lesson for those of us who live in the United States.  We, too, are a nation divided. If we are to escape Zimbabwe’s troubles, we must avoid mistaking symptoms for cause. Differences in race, religion, or politics are the outward manifestations of darkness within us: the will to power. That will can make scoundrels of us all if the price or conditions are right. Some of history’s greatest villains have been those who wrapped themselves in the mantel of high moral purpose. We should not be fooled.  For Americans, there is only one defense against that cunning. Our Constitution.  In it, we catch a glimpse of our better selves.

In my world view,  the most profound insight into human nature comes not from historians, psychiatrists, or scholars. It is contained in the words of a cartoonist: We have met the enemy and he is us.