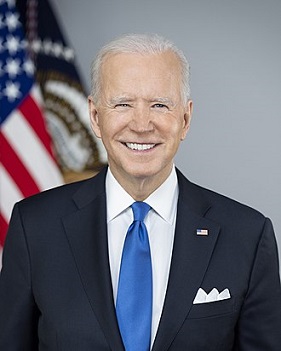 A former NATO commander has advised the United States that Russia’s invasion of Ukraine is a signal that our country should gear up for war.  Naturally, someone my age who lived through World War II is likely to greet this statement with horror. Worse, the means of fighting a war have changed. Conventional weapons were devastating enough, but this is the nuclear age where conflict can lead to unthinkable consequences.

In 1945, the United States flattened Hiroshima and Nagasaki with two atomic bombs. The destruction was frightening but the radioactive fallout that would sicken future generations of Japanese was more so. We had unleashed a genius from its bottle without the means to lure it back. The grim challenge was how to survive a similar attack in the future.  People built bunkers in their backyards that were stocked with necessary supplies, forgetting that the half-life of radiation could last not years or decades but centuries.

When Russia gained parity with America’s arsenal, the two countries negotiated to prevent another atomic war. The Mutual assurance destruction doctrine (MAD) posited that two sides, equally armed, would provide a deterrent against mutual destruction. Other nations had developed nuclear capabilities but not on a scale comparable to the U.S. and Russia so détente was possible.

China’s decision to become a major nuclear power has changed the equation. Now there are three major players, all of them armed with a new generation of atomic weapons that make the world a more dangerous place. The assault on Hiroshima and Nagasaki took three days to accomplish because a plane could carry one bomb at a time. Today’s missiles carry multiple warheads capable of attacking multiple targets simultaneously. Says Andrew F. Krepinevich, Jr. in his article “The New Nuclear Age,” that fact changes the calculation for détente. (Foreign Affairs, May/June 2022, pgs. 92-104.)

In the past, two equally armed states could survive a stealth attack and still have bombs left to retaliate. The “no first strike advantage,” has been the basis of détente. But silos filled with multiple warheads make a preemptive strike more appealing.   If it chose, Russia could destroy New York, Washington D. C. San Francisco, and Los Angeles in a single day.

With China in the picture, the danger of a preemptive strike increases.  The cost of protecting ourselves also grows. The United State must match not only Russia’s arsenal but China’s as well. As autocracies make decisions faster than democracies, the likelihood that a first strike will come from Russia or China exists.

If our allies doubt the safety of our nuclear umbrella, they might choose to increase their stockpiles. Détente would become impossible and the chance of a first-strike event more likely.

Because the current nuclear age bears little similarity to the past, Biden’s decision to send money and weapons to Ukraine serves our national interest as well as theirs. Weakening Putin’s ground game strengthens détente. Battering the Russian economy serves a similar purpose and gives us time to develop plans for dealing with China.

Even Biden’s critics give him a thumbs up for his handling of this proxy war with Putin. If the war were his only challenge, it would be enough. But we remain a country politically divided and sickened by a continuing pandemic that brings inflation and other economic troubles in its wake. Money that would have gone to education, healthcare, and family programs has to stand in line until this war is over. Even so, the war must be fought and won.

Joe Biden has faced more challenges than most of his predecessors.  If he keeps the ship of state from sinking, history will honor him as one of our greatest presidents.