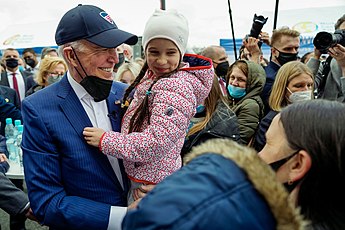 The budget pamphlet in my mailbox was titled “Financial Realities.”  I laughed.  As a person once responsible for a  $200 million budget, I know financial realities are imaginary.  Budgets are guestimates of the future based on the unlikely assumption that history will repeat itself. Smoke and mirrors some call it.  Nobel Prize winner Abhijit Banerjee confessed as much. Sometimes economists are right, and sometimes they are wrong.

The same could be said about political projections. I’m baffled that President Joe Biden’s accomplishments have done little to lift his polling numbers. Opinion, it seems, informs opinion rather than facts.  Perhaps our parents were influencers. Or our peer group. Or our religion.  Education appears to have the least effect. Knowledge is easy to set aside if it conflicts with what we want to believe.

Biden’s achievements in the first year-and-a-half of his presidency are so historic I wonder what more the public expects from the man. And how am I to understand that Republicans and not his party threaten to win control of the House in November? I can only surmise that achievement and reward aren’t always traveling companions.

Harry Truman faced similar hurdles. Historians consider him to be one of our greatest presidents.  Yet, he got little respect in his time. Critics called him plodding, stubborn, and undramatic. His decision to drop the atomic bomb on Japan to end World War II should have made them eat their words. Not to mention the Marshall Plan, the Truman Doctrine, and his support for the United Nations – decisions that set the free world on a new course.

Myth may be the problem.  One generation whispers to the next, passing its legends along like a genetic code.  A persistent one is that Republicans manage the economy better than Democrats. Data reflect otherwise.  History reveals that Democrats grew the economy by 4.4% each year versus 2.5% for Republicans.

Democratic presidents also tend to have better results when it comes to raising home values, increasing healthcare coverage, raising wages, and boosting the performance of the S&P.  They make the average person richer, too.

To be fair, not all experts agree on the data. One study mirrors Baneriee’s ambivalence.  …we cannot conclude that either party does any betters (or any worse) than the other when it comes to managing the economy.

One fact is beyond dispute. The Biden administration has taken the biggest step to address climate change in American history. Some people wanted to reserve more money for that purpose in the Inflation Reduction Act.  Even so, environmentalists agree the amount in the bill will reduce U. S. carbon emissions 40% by 2030.

My projection for the future is that one day historians will compare Biden’s Presidential accomplishments with those of Harry Truman’s and find that the men stand shoulder to shoulder.  I wish I could live long enough to say, “I told you so.”

About the present, I’m less hopeful. Too much of the country remains in thrall to Donald Trump. Should Attorney Merrick Garland find evidence at Mar-a-Lago of the 45th President’s criminal behavior, calls for revolution will rise in certain parts of the country. I hope I’m wrong. But I’m inclined to agree with Mark Twain.  Truth has no defense against a fool determined to believe a lie.