by Caroline Miller
Alexandria Ocasio-Cortez, Medicare for all., Nancy Pelosi, Obamacare, public sentiment on health care for all
0 Comment 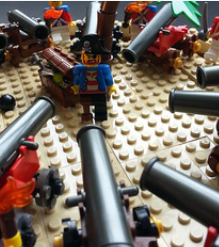 Is Medicare for All affordable?  I have no idea. Apparently, neither do Bernie Sanders and Alexandria Ocasio-Cortez, whose argument in favor appears to be based on their misreading of a medical study.  Nonetheless, the goal is important and Obamacare has been a step in the right direction.  Unfortunately, and for inscrutable reasons, Republicans have vowed to tear Obamacare down and replace it with something in the future.  That promise, of course, won’t help a woman who has breast cancer but no health insurance today.

Frankly, the question of affordability is secondary. The first is, should government be charged with the health and welfare of the people?   A majority would say, yes.  Surprisingly, there are those who disagree.  Recall our monumental struggle to implement Obamacare and the many near deaths it experienced before becoming law.

Put in percentages, 63% of Americans support a national healthcare system while 38% oppose.   Those who resist may have a deep-seated suspicion of government.  Unfortunately, their fears are abetted by pharmaceutical and insurance companies with a vested interest.  In turn, those industries have supporters in Congress, some of them Democrats.

Let’s be clear-eyed about the issue.  Medicare for All is a Gordian knot — a tangle where fear and money mix.  If a bill for universal healthcare were to reach Congress this session, I suspect it would be amended until it was unrecognizable.  Beyond that, and call me a cynic, what the polls show matters little.  The public has yet to reach a boiling point on the issue.  Too many of us are getting along well enough.

Idealists whose purity have left them inflexible on the topic are likely to lose their cause if they continue to Twitter and point fingers at those, like Nancy Pelosi,  who argue for gradual change.  Yes,  Nancy Pelosi and other Democrats have ties to the healthcare industry.  Happily, reform doesn’t require purity. A gathering of similar minds will do.

Let those who support Medicare for All be strong and dedicated, but also flexible and wise.  When dealing with their fellow Democrats, above all, members of the party should avoid creating a circular firing squad.