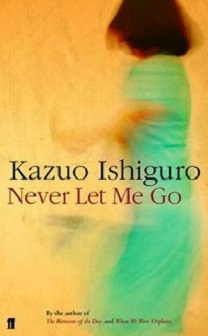 One day last week, PBS Newshour aired a segment about MRI imagining. Scientists are experimenting with it to “read” our thoughts. The invasion sounded creepier than what Edward Snowden envisioned when he warned that companies and governments are invading our emails. What raised my ire was one scientist’s response when a reporter questioned him about the ethics of his research. “I leave those questions to society,” he shrugged.

His indifference to the possible outcomes from his work isn’t a new attitude among scientists. In the Nineteenth Century, medical students who wished to study human anatomy hired grave robbers to raise the dead from their coffins. Cloning reignited questions about ethical research, recently. So far, cloning humans is off the table, but other species haven’t been so lucky. Who knows what the future will bring? Kazuo Ishiguro gives us one possible outcome in his novel, Never Let Me Go.

All this scientific poking and prodding of the human mind leaves me unsettled. What’s the endgame, I ask? Does formulating a question mean it must be answered? Do scientists have license to explore willy-nilly? Frankly, I take the position that too much cataloging of the brain can lead to suffocating results.  As Fyodor Dostoevsky’s protagonist remarks  in Notes from the Underground:

All human actions will then, of course, be tabulated according to these laws, mathematically, like tables of logarithms up to 108,000, and entered in an index; or, better still, there would be published certain edifying works of the nature of encyclopaedic lexicons, in which everything will be so clearly calculated and explained that there will be no more incidents or adventures in the world. (VII)

Happily, that envisioned time is not yet upon us. Our brains are complex. They consist of approximately 100 billion cells –known as neurons—each connected to 10,000 others, yielding some ten trillion nerve connections.  Cataloging all those bridges will take some doing.  What’s more, when science has accomplished the task, what remains is an overwhelming question: How does an impulse transmute into a sensation of color or love?

I suspect these transformations are unobservable. And, since science relies upon the observable, well….

I find the conundrum one in which I can take solace.  I have no desire to end up like a butterfly, a thing to be pined and left wriggling on a wall. Some mysteries are best left for art to explain. Dostoevsky has already pointed out,“… a great deal of consciousness, every sort of consciousness, in fact, is a disease.”