Analog And Proud Of It 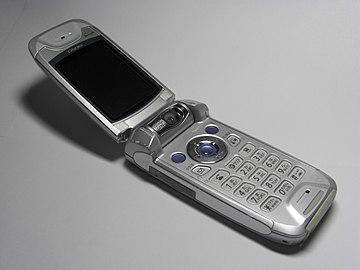 I walked into the phone store to pay my annual fee and waited for the sneer.  Mine is a flip-top, 3g, 11-year-old cell phone that gets no respect.  This time, the clerk told me the situation was code blue.  “You need a new phone. We’re going to 5g.  This one won’t work much longer.”

“When are you making the change?”

“In about a year,” the clerk replied.

“Accept my payment today and I’ll come back after my phone’s funeral.”

The young man did as I asked and I left the store, happy to put off upgrading a while longer.

A day later, I was having brunch with a woman who bested my story.  She had neither a computer nor a cell phone, meaning she was off the grid.  “A landline gets me where I need to be,” she shrugged.   I stared at her with admiration. A true troglodyte. She will survive those of us who unquestioningly walked through the gates of the internet and found ourselves in an alternate world more horrifying than a Bella Logusi movie.

I’m not exaggerating. President Joe Biden has repeatedly warned that the ongoing breaches of our safety systems could escalate into a shooting war with another world power. To prevent this disaster, our government and relevant tech companies have joined forces to increase the security of our networks.  Of course, as they ramp up defenses, the criminals find more escape hatches.

The high-stakes game makes the bad guys willing to take risks. In the old days, computer ransom demands were aimed at individuals. To unlock frozen data, the victim paid a few hundred dollars. Today, cybercrime aims at bigger fish and operates like Mafia-style syndicates. The bosses take cuts from smaller operations in exchange for technology and advice on how to avoid being caught.

When President Biden met with Putin, the “Mafia” bosses warned of heightened government surveillance. In response, the dark side went dark.  They can afford to take vacations. Consider the millions of dollars they’ve raised from lucrative targets like Microsoft JBS Foods, the Colonial Pipeline.

I’ve blogged about cybercrime many times, but the greed of these crooks is breathtaking. A current trend within syndicates is for smaller cohorts to eliminate the middleman. They recruit help from inside a targeted company, and the pay is good.  A skilled techie at Goldman and Saks might receive this computer message:  “Would you like to earn millions of dollars? Click click here.”  What follows is a set of encrypted instructions from the Tor messenger system.

How long and how far this never-ending game of escalation between governments and the dark side of the internet will go is the question.  In the real world, the A-bomb brought an end to escalation.  If it hadn’t, we’d have wiped our species off the planet.  In the virtual world, my guess is greed has a long way to go.  Certainly, it’s no place for an English teacher. Laugh if you will, but I’m sticking with my 3g flip-top cell phone for as long as I can.