Now For Something Completely Different 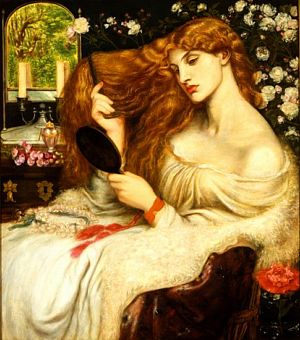 Don’t get me wrong. I admire House Speaker Nancy Pelosi. She knows how to crack a whip over her Democratic caucus to lead the country forward. The job, I imagine, invites plenty of frown line, but she appears to have gone a tad too far with the Botox in her effort to appear perpetually calm. Her face seems more like the work of taxidermy than dermatology, surprise being her default expression.  The look may be appropriate while Donald Trump is in office. But what if Joe Biden becomes president in 2020?  Has she thought of that?

Interestingly enough, Trump has been silent about Nancy’s cosmetic tweaks. Not one to hold back where a person is vulnerable, his restraint may stem from his own vulnerability: his small hands, his orange tan, and the bald spot at the back of his head for starters. His first wife, Ivana Trump, gives a good accounting of these and other defects in her divorce settlement.

“Vanity thy name is woman?” Who was foolish enough to say that? Not Shakespeare, of course. He wrote of a woman’s frailty. Even so, the misquoted line has merit. Men are as in love with their mirrors as any Lilith. To make the point, when one art critic examined  Dante Gabriel Rosetti’s famous painting of the temptress, he was forced to admit “…the line of her jaw, her powerful neck, and heavy shoulders are those of a man, not a frail Victorian woman. Thus I see Rosetti’s consummate image of beauty as decidedly androgynous.”

Men are doing their best to stay the hands of time, certainly. In 2018, American males endured 1.1 million cosmetic procedures—“a 72%  increase since 2000.” (Vanity, Thy Name is…” by Horacio Silva, Town&Country, May, 2020, pg. 41.)  Many of the treatments are the same as those popular with women: surgical lifts or filers  to tighten the skin,  liposuction, and ultrasound technologies that do the heavy lifting without downtime.

Men, however, seek a little something beyond a glowing complexion. To get their swagger back, they are drawn to regimes that best Viagra. One treatment sounds remarkably like the excessive pleasure machine from Barbarella. The Orgasm Machine, as it’s called, was originally developed to combat women’s incontinence and provides 11,000 genital contractions in 30 minutes.  The procedure is popular but does it deliver? Few seem to care. It’s the most fun they’ve ever had in a doctor’s office.