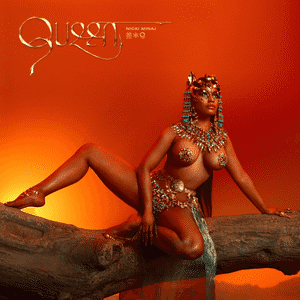 Sex is good. Sex is fun.  But sex isn’t power.  Some women don’t grasp that fact.  Crammed into padded bras that make chin rests of their breasts, these gals ought to know when a man faces so much cleavage, he can’t hear a word they say.

The young female who wore a see-through dress at an awards ceremony recently thought she was making a statement.  The cameras loved her.  But what I heard was a cry for help.  A gal shouldn’t have to strip naked to garner attention. Madonna, at 63, seems no wiser.  Her Twitter thong controversy also brought her attention.  But as a woman matures, she should be noted for more than a butt crack.

Teaching men to think of women as sex objects is a no-brainer. Teaching them to see women as equals is a Herculean task. The women living under Taliban rule in Afghanistan know this. Even so, for them, equality has always been an uphill battle.  A 2019 survey of Afghan fathers, husbands, and sons revealed men didn’t much care for women’s rights. Men preferred to be bosses.

Are western men any different?  Call me a skeptic but I doubt their support for women’s equality cuts to the bone  If it did, would the CIA In Afghanistan have issued Viagra pills as a reward to Afghanistan males who provided intel about the Taliban?  If it did, would a group of western journalists, all of them males, have given their Afghan driver money to buy a wife?  He had a spouse of many years, but he fancied a new model: a girl of 14.

Men talk the talk when they cite a reason to go to war.  President George W. Bush began the Afghan campaign by describing the Taliban as  “…terrorists [who] do not believe women should be educated, or should have health care, or should leave their homes.” His successor, President Barrack Obama, authorized funds for women’s education and with good effect.  By 2020, 21 percent of Afghan civil servants were women (compared with almost none during the Taliban years), 16 percent of them in senior management levels; and 27 percent of Afghan members of parliament were women

Overnight, those freedoms vanished, when President Joe Biden ordered our troops out of that country.  Asked if he took responsibility for the setback to women, he replied, “No, I don’t!”.

Biden’s attempt to shrug off responsibility for his betrayal of Afghan females should be a wake-up call to all women. I’ll say it again. Men don’t feel a woman’s right to equality at bone level.

Early in our occupation of Afghanistan, some women of that country warned about the future. The United States would abandon Afghanistan when it suited them, they said. Lasting equality would never be achieved with “someone else’s army or taxpayer dollars.”

The hard truth that fell from the lips of these Afghan women has failed to capture the attention of many American women.  Equality may be a right but it is seldom given freely. It has to be earned.  If women are serious about their rights, they’ll need weapons other than bare breasts and thongs.