by Caroline Miller
abortion rights, pro-Choice, pro-life, religious precepts and abortion rights, society depends on the consent of the governed, U. S. Supreme Court, when does life begin?
0 Comment 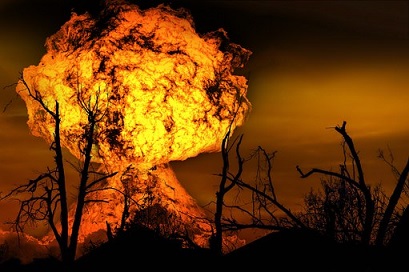 When does life begin?  That’s the question roiling the abortion debate, and one which society must decide.  Unfortunately, the  decision will be arbitrary, with no more science behind it than the one ascribed to setting the voting age.  Arguably, life thrives in the male sperm.  Yet, I know of no pro-lifers who have proposed a ban on ejaculation unless a man wishes to foster a child.  Every day, all over the world, that effluvium goes to the laundry and ends up in a sewer.

That the ovum is regarded differently from a sperm is a mystery.  In some religions, it is so revered, women are barred from using contraception. Apparently, the ovum lies under the dictates of God’s will, but the sperm does not.

Among the minds of some devout, women, as ovum carriers, need special protection.  Like children, they are put under the rule of men who know what’s best for them, especially in the matter of child-bearing.  Should some rebellious female attempt to terminate a fertilized egg, those same devout believe she should be severely punished, deprived of medical assistance for a safe abortion, and left to bleed to death from any attempts devised by her own hand.

The current composition of the U. S. Supreme Court appears to be leaning toward these religious views.  Zealots, freed from the pretense of showing  concern for the woman may now focus on the fetus.  As such, they have declared its personhood at the first sound of a heartbeat.  That decision is as arbitrary as is the one society makes to determine the drinking age. In fact, at 6 weeks, when pulsation begins, a fetus has no internal organs. What a doctor hears through a stethoscope are the contractions of cardiac cells.  Those cells would behave the same in a petri dish.  (“Heartbeat Bills,” The Week, May 24, 2019, pg. 6.)

Imbuing cells with personhood is not merely arbitrary, it is imbued with religious precepts which have no place in civil law.  Our founding fathers made that clear when they refused to sanction an official religion.

A position tainted by a biblical intolerance of women will not stand.  Some on U. S. Supreme Court may sympathize with that prejudice, but they would be wise to remember the stability of a society depends upon the will of the people being governed. If the High Court attempts to define women as chattel, as they were in the past, there will be a firestorm.