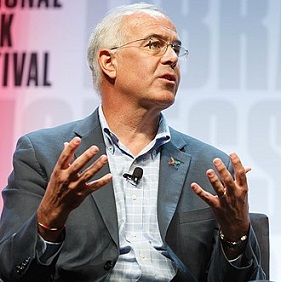 David Brooks, commentator for the New York Times  says issues surrounding abortion are “hard and complex.” Two chief concerns are:  a) He believes a “piece” exists within every human being that gives them dignity—a soul. And b) He has no confidence that he knows when life in the womb begins.

The question of viability arose in the case of Planned Parenthood v. Casey.  The Supreme Court heard arguments that centered on the constitutionality of placing restrictions on abortion rights. A plurality of members decided restrictions were unconstitutional in the case of a “nonviable fetus.” The decision raised many questions. What is a nonviable fetus, for example?  And when does it become viable?

Science offers some guidance. The progression from nonviable to viable is as follows. A blastocyst or fertilized egg becomes an embryo after 5 weeks to 10 weeks.  At 24 weeks, it becomes a fetus and with the help of incubators and other medical procedures, it can survive outside the womb.

Brooks, and others who embrace religion, find this guidance inadequate. For them, a blastocyst has a soul from the moment of conception. As a result, abortion under any circumstances including rape, incest, or the woman’s health is unthinkable for many.

While Brooks expresses ambivalence about abortion, my ambivalence turns on the existence of the soul. Where is it when it’s not inhabiting a blastocyst? Can we see it through a microscope?  Is it an algorithm? Most puzzling, how can an abortion affect the soul when the soul is immortal?

In the same vein, who among us knows the mind of God?  Can anyone swear that an aborted soul isn’t among the havoc Divinity bestows upon mankind, like accidents, disease, and floods?

If Brooks and others who are guided by religion need a non-scientific definition of viability, one more suited to a soul, then as it concerns abortion, I offer this proposal. Should a woman claim she is a Christian, let her be denied medical relief.  If a woman doubts the soul exists, then let the doors of the abortion clinic swing open. I apply Polonius’ principle here: “To thine own self be true.”

Or, to eliminate queasiness on spiritual matters, let us drop the subject and bend our thoughts to the question of fairness. What’s fair for a woman with an unwanted pregnancy? What’s fair for a blastocyst that has no soul?

Ethical questions aren’t new to our species.  We make judgments about the fairness of the death penalty, for example.  Or decide when life is viable for someone on a respirator.

Each time science brings us new knowledge, we reevaluate our positions. DNA shows us juries are fallible, leading many to question the morality of executions. If we didn’t reassess our values. then slavery would remain a viable economic option, and the right of men to dominate a society would go unquestioned.

The human condition is to live in a universe we little comprehend and which is forever reinventing itself thanks to quantum mechanics and cosmic collisions.  Truths we prize today may become tomorrow’s voodoo. When was the last time we consulted chicken entrails to divine the weather?

When is a blastocyst viable?  It’s viable when the majority of society says it is.