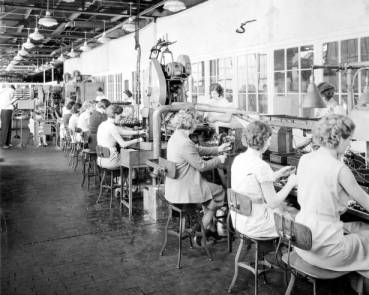 The punishment for women who fail to assume a submissive role in society can be rape and death.  That has been the mode since Biblical times. In India, recently, a case of rape and death made national headlines. The victim was a 19-year-old girl from the  Dalit community. (Untouchables.)  Her attackers were from a higher cast so, at the time of this writing, no charges have been filed. Against her parent’s wishes, the girl’s body was burned which eliminates criminal evidence.  The unkindest cut is that if the girl had lived, she probably would never have brought charges against the perpetrators. Under Indian law that would be defamation, and defamation is a serious crime in that country. “ Powerful  people often use it to silence accusers.” (“A Subcontinent of Inequality,” by Ruth David, Blomberg Businessweek, October 26, 2020, pg. 9.)

Prime Minister Narendra Modi’s has done little to encourage women’s rights in India. Instead, he has taken a step backward.  In the case of the 19-year old Dalit girl, a member of Modi’s ruling party had the temerity to blame the victim and her parents for the tragedy.   “…rapes would stop if parents instilled good values on their daughters.” (Ibid pg. 10)

Patriarchal arguments like the one above deny women justice and make them second class citizen—which, of course, is what they are meant to do.  In this narrow view, a woman’s role never extends beyond the home and the tasks of cooking, cleaning, rearing children, and attending to masculine needs. A female may earn a college degree, but that’s “merely a way to improve her marriage prospects… not to ensure she thinks for herself and lives freely.” (Ibid, pg. 10.)

Life for women in the United States isn’t much better if we look belowthe surface. Recently, white supremacists plotted to kidnap Michigan’s Governor, Gretchen Whitmer, and try her for treason. She was guilty of instituting Covid-19 policies which were offensive to President Donald Trump.

Twenty-five years ago, women from around the world gathered in Beijing to develop plans that would loosen the bonds of male privilege, bonds that have stunted women’s rights for a millennium. Unfortunately, with each small achievement, other ground has been lost.  The ranking for women’s rights in this country is below the global average. (“Beijing+25: by Ellen Chesler, Ms. Fall 2020, pg. 44.)

True, more women hold public office at the local level than in the past. But small-town politics will never be the tail that wags the dog.  Power flows from money and women have made small progress in this arena. To this day,  some countries prevent a woman from owning property. (Ibid. pg. 44)  American women face no such impediment, but a majority hold low-wage jobs. To accumulate capital is near to impossible. Add to that, the burden of society’s expectation that the woman serves as the primary caregiver for children and the elderly. Career advancement and family-leave seldom mix.

If women are to achieve universal liberation, they must create opportunities for each other. Male attitudes may be softening in some areas regarding women’s rights, but that attitude isn’t uniform. A recent survey of men in China and Korea revealed a substantial number of them want women to stay home.  (Ibid, pg. 44)

Some women would like to do just that but they haven’t the luxury. Their participation in the labor force generates trillions of dollars to a country’s economy. (Ibid, pg. 45.)  Either way, homemaker or wage-earner, women are entitled to the same rights as men.

The Trump administration has steadily worked against that principle, withdrawing financial assistance from international organizations with a mission to advance women’s equality.  (Ibid. pg. 45)  Whatever the outcome of the 2020 election, women should rededicate themselves to help each other.  Five U. N. organizations from the World Economic Forum were created for that purpose. Men’s support is also welcome. After all,  “No country can ever truly flourish if it stifles the potential of women and deprives itself of the contributions of half of its citizens.” (Michelle Obama)