by Caroline Miller
decline in population growth, population growth and environmental sustainability on a collision course, women needed in the work force, women's role in the future of the species
2 Comments 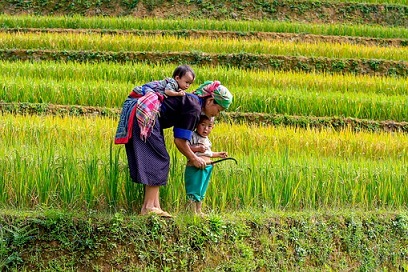 The human race seems to be on a collision course with itself and women will play a critical role in the outcome. On the one hand, population growth poses an environmental question. How long can the earth sustain us?  “Already we have consumed more resources in the last 50 years than the whole of humanity before us.” On the other hand, the decline in global fertility poses problems for future generations that are likely to live longer. They will need more young people to care for them.

According to experts, to keep a population stable from generation to generation, women across the globe must give birth to two children. In the 1960s the birth rate was well above that number: 5 children per woman.  Today, it is 2.4, threatening to cross a critical threshold. (“The Global Fertility Crash,” Bloomberg Businessweek, November 4, 2019, pg. 54.)

Unfortunately, women are also needed in the workforce. Some countries provide family leave and daycare to encourage mothers to return to their jobs.

So what’s a woman to do?  Do we save the planet by continuing to reduce the number of births? Or do we sustain population growth and save the industrial world?

Without question, social and worldwide economic policies will determine the fate of our species. I have no idea which road people will take, or if a path exists that can resolve our seemingly contradictory futures. I do know that until robots give birth to humans, women need a larger voice in decision-making. The future of our species depends upon it.