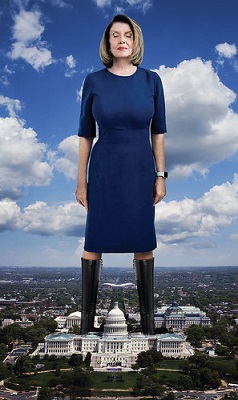 Nancy Pelosi’s stunning leadership of Democratic house members during the recent presidential impeachment process will serve as a template for women who seek management positions in the future.  What she exhibited during the procedure was experience, direction, and a firm hand. A firm hand isn’t an attribute associated with the fair sex. Harvard research, among others, has uncovered a common misconception that women govern with greater empathy and compassion than men. (“The Problem with Female CEOs…” by Rebecca Greenfield, Bloomberg Businessweek, Dec. 16, 2019, pg. 11.)

Thinx, a producer of menstrual garments and founded by a woman, disproves the myth. Once the CEO was ousted, her employees cited poor wages, poor benefits, and the absence of parental leave policy as their chief complaints. (Ibid pg.11)

“…the two genders are more similar than different in how they lead,” admits Stephanie Johnson, an associate professor at the University of Colorado Boulder Leeds School of Business. However, one exception does exist. “…boards behave more ethically when they have more women.” (Ibid pg. 12.)

Perhaps the public’s assumption that women have higher ethics than men is why females bear the brunt of harsher judgments when they misstep.  Had Pelosi been caught lying about her weight, her behavior might have driven  Donald Trump’s phony charities from the headlines.

A study out of India notes at least one positive effect when women assume leadership roles. That feminine vanguard serves as a role model for younger women, inspiring them to have greater aspirations for their lives.  (Ibid, pg. 12.)

In time, as the patriarchal paradigm erodes, a distinct style of female governance may take root. If it does, call me old-fashioned, but I hope it will include empathy as well as honesty.