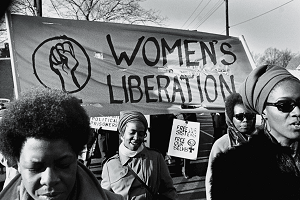 Predicting the future is difficult because it’s hard to assess how much “nostalgia” from the present or the past will be carried forward.  Poland, for example, is shaping its future by taking a giant leap backward.  Women’s rights recently took a hit when the country withdrew from an international treaty aimed at curbing violence against women. The leaders called it “gender gibberish.” On the streets of Warsaw angry women beg to differ and gather in protest. Whether the demonstrations change the minds of their leaders remains to be seen. (“The World at a Glance,” The Week, August 7, 2020, pg. 8.)

Covid-19, too, is also planting seeds that will flourish in the future. For example, despite government rules that have confined people to their homes, there’s been no expected growth in pregnancies.  In fact, there’s been a decline. The virus isn’t to blame, of course. But the resultant lock down underscores how access to birth control has changed society. Many women are delaying pregnancy, preferring to have children later in their lives. One consequence for the country is that we’re headed for “a large and lasting baby bust.” (“The Coming Baby Deficit,” by Peter Coy et. al, Bloomberg Businessweek, Aug. 3, 2020, pgs. 27-29)  A report from the Brookings Institute, issued in June, supports that prediction, saying there will be 10% fewer births in 2020 than in 2019.  A decline in population could have a negative effect on the economy, a fact that is raising concern in some quarters.

The time may come when motherhood and patriotism will be intertwined in our thoughts. Those who know history will recall Nazi Germany’s aggressive fertility campaign in World War 11. Echoes of that past exist today, though in a different form. Sweden, for example, has initiated several progressive programs to encourage women to have more children.

Of course, women’s rights and pregnancy don’t preclude one another as long as becoming pregnant remains a woman’s decision. Nonetheless, long-time opponents of that choice continue to exist.  They would be happy to raise population concerns as an excuse to bury feminist goals–just as Poland’s government is threatening to do.

If female activists are canny, they will use the same concern to push for benefits that will allow women to be parents and maintain their social equality. Universal healthcare would be a start, as well as paid childcare and family leave. Right now they are goals written on paper.  But the future is fast upon us, making it critical that those goals become a reality.

Recently, Alexandra Ocasio-Cortez took to the floor of the House to admonish Representative Ted Yoho, Republican from Florida, for his verbal assault on her. She was right to do so.  He presumed he was allowed to treat a woman badly because he has  a wife and two daughters– an excuse which is both irrelevant and incoherent.  But let’s be clear, while it was satisfying to see the Congresswoman take to task an entrenched member of the patriarchy, she did little to shift that mindset or delay for a single hour a future that is barreling down upon us and threatening to demolish a woman’s political freedom.

Today, people of liberal persuasion have two choices with regard to women’s rights.  They can stand silent and allow backward attitudes to plant seeds that will survive into  the future.  Or, they can uproot that  ignorance now.  A woman can be a wife, a mother and have a career. But to reap the benefits of her labors, the government must play its part.