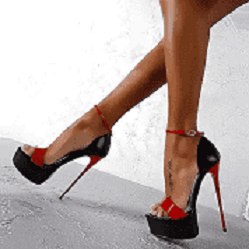 While it’s not cool to judge a woman by her outward appearance, there was a time when a First Lady’s wardrobe could claim as much media attention as a presidential executive order. First Ladies tended to wear outfits by  American designers and three of the most recent of them fulfilled that duty with panache. Even so, they did have their favorites couture.  Nancy Regan favored Oscar de la Renta. Jackie Kennedy could go nowhere without one or two Oleg Cassini outfits, and Michelle Obama leaned toward Versace and Givenchy.

Unlike her predecessors, our current First Lady, Melania Trump, once made her living as a model.  Her carriage reflects her training. Not many could manage 6-inch heels on her way to touring the aftermath of Hurricane Harvey.   But, who is her favorite designer?  Hervé Pierre envisioned her inaugural gown, but he sees himself as a free agent.

Normally, designers would kill to dress the nation’s First Lady (FLOTUS). Melania, according to Kenzie Bryant in Vanity Fair, (Oct. 2020, pgs. 30-31), likes to go her own way. One reason may be that some of the country’s top designers avoid working with her.  Their reasons vary, but that leaves her to make style choices which puzzle many.  Take the jacket she wore during her trip to New Hope Children’s’ Shelter in Texas– a place where infants and youngsters were secreted away from their asylum-seeking parents.  Did the words printed on the jacket’s back make a statement?  “I really don’t Care.  Do You?” People were shocked to see them but couldn’t fathom what they meant. Surely they weren’t directed at the children.

“It’s a jacket,” said her spokesperson.  “There was no hidden message.” Maybe so. But if Oleg Cassini had been there, I bet he’d have pulled that garment off her back.

When her husband, Donald Trump gave his State of the Union address in 2018, FLOTUS made another faux pas, arriving in the House wearing a white pants suit.  Whispers flickered around the chamber. Was she mocking Hillary Clinton who loved pantsuits? Or, as the event came on the heels of the Stormy Daniels scandal, was Melanie making a #Me Too statement?  No one knows to this day. And, having been dragged through so many of her husband’s antics since, most of us really don’t care.

I wish  U. S. fashion designers would stop neglecting our First Lady.  Michael Kors, seeing Mrs. Trump wearing one of his pieces, cattily remarked,  “She must have bought it at retail.”

Too bad if it’s true. Korrs’ snub is not only ungallant but for a public weary of so many White House surprises, it’s a trifle unamerican.