A Reflection On Human Hubris 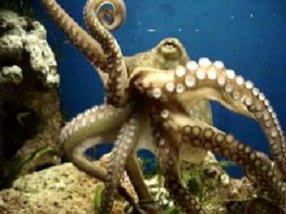 The clerk behind the counter at the electronics store told me programing my new television remote would be easy. “You hit these three buttons in this order and you’re done.” I cringe whenever a computer literate person tells me a task is easy.  It never is. And this time was no exception. The clerk forgot to explain I had to program my television to accept the codes before I could enter them. In the end, I hired someone to do the setup.

We live in different worlds, that electronics guy and me.  Frankly, I couldn’t distinguish an algorithm from a water snake.  All I know is that algorithms keep changing.  Nowadays, they can program themselves or replicate organic life as xenobots. Sometimes this new information makes me feel like a stranger in a strange land. Today, I’ve learned some scientists posit the material world is born of thought. Thought, not matter, is the ultimate reality. Our material universe could be one of an infinite number born from it.

Infinite possibility is the product of an algorithm or mathematical code called the principle of efficient language. Efficient language constructs “subconscious entities that can interact and explore the totality of possibilities.”  This method of self-actualization, as some eastern philosophies also posit, creates all we perceive, whether it be block holes or rabbit holes. The quantum world may be an example of consciousness seeking to generate “meaning or information.”

As a person unable to program her television remote, I offer no further explanation. But as a writer, I can provide a metaphor. Matter is born of an idea the same way a book is born from an author’s imagination.

If consciousness is the goal of Thought, do humans, as conscious beings, exist so that Thought may reflect upon itself? And could it also be that we are one of an infinite number of prisms that reflect different aspects of reality?

Science has been slow to admit conscious species other than ourselves exist on the planet. Take invertebrates for example. For centuries humans have used their ignorance to subject these creatures to questionable practices: “selling animals to untrained handlers, transporting animals in ice-cold water, and boiling animals alive without stunning them …”  Yet research suggests in many ways these beings are our equals, capable of feeling pain, pleasure, excitement, and joy.

Given what humans have done to this planet, our narcissistic notion that we are meant to be its stewards falls into question. If we are honest as well as fully conscious, we ought to realize we are frail creatures who limp after the truth but are ready to discard it if truth fails to comport with desire.

I doubt we are Thought’s reflective endgame. We may flatter ourselves that we are. We may even award ourselves wings and halos as a consequence.  But our inventions are less real than we are because they are our ideas and, as such, are secondary. To find a kinder, gentler image of Itself, Thought would do better to seek its reflection through the eyes of an octopus.