A Pandemic Greater Than Covid-19 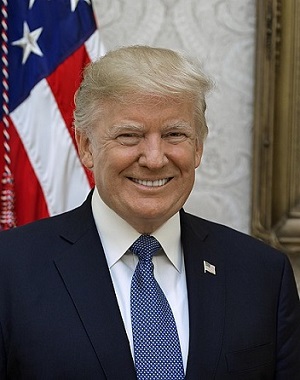 I picked myself up off the floor after the first Trump-Biden presidential debate and asked myself what I’d witnessed.  A debate, it wasn’t.  A debate is an exchange of differing ideas argued between adults.  It has rules and procedures which allow each side to make its case. What I saw, and what most Americans saw, was mud wrestling. Any other way to describe the event would endow it with more dignity than it deserves.

After the 2016 debate between Donald Trump and Hillary Clinton, where our current president stalked his opponent on the stage, I expected this new debate to break new ground.  Trump didn’t disappoint. After 4 years in office, he’d honed his style. He gave us a howling unlike any other presidential debate since they began— which wasn’t between John F. Kennedy and Richard Nixon, by the way.  Highlighting the evening was Trump’s salute to Proud Boys, a right-wing group noted for its ability, as one journalist put it, to turn street thuggery into political theater. Later, surprised by his audacity, even the President recanted his call for them to “stand back and stand by.”

Frankly, what he meant by that remark is inscrutable and leaves the door open to speculation.  Enrique Tarrio, leader of Proud Boys heard two things. First, he heard his organization being validated by the President of the United States.  Second, he heard an order to standby but let the police do their work.   Andrew Anglin, head of  Daily Stormer, another right-wing group, thought the president was sending a message to “Get ready for war.” What Gavin McInnes, founder of Proud Boys, heard was “…if Antifa starts burning down cities again, go in and fight them.”

A recent study published by Cornell University’s Alliance for Science acknowledges Trump’s confused messaging.  Concerning the current pandemic, they credit him as  likely to be “the largest driver of Covid-19 misinformation.”  The list of his follies most of us know.  They include his advice that people take hydroxychloroquine to fight the disease or inject themselves with bleach.  Unfortunately, because he is President of the United States, some people may credit his advice. Worse, he has plenty of grassroots sympathizers–anti-vaxxers, 5G opponents, and political extremists—who will spread the word. Even so, says the Cornell report, the number of these fringe groups speaking with one voice spreads less misinformation than the President’s tweets.

Dr. Bandy X Lee, a forensic psychiatrist at the Yale School of Medicine has issued warnings about Trump’s mental fitness. Few in her profession have followed her example, feeling they are shackled by the Goldwater rule. That rule prevents them from making a diagnosis without examining the subject directly. Lee, whose medical credentials are impeccable, disagrees. When a prominent person has sufficient authority to endanger the lives of many and exhibits questionable behaviors, she believes the Goldwater rule should be set aside.

For my part, the argument is simpler than hers, being based upon common sense.  No one needs a medical degree to understand that Donald Trump is a habitual liar.  To prove it, all we need do is listen. His supporters may scramble to make excuses for his misstatements.  They will say he’s been misunderstood, miss-quoted, or his words are taken out of context, but people can judge for themselves. The pattern of obfuscation is hard to ignore. Our President lives in alternate realities.  If we fail to recognize that, we may be obliged to question our sanity.

Simply put, Donald Trump is not well, mentally.  Chronic liars seldom are.  That is all the medical knowledge I need to know. And if our leader is unwell, our country is unable to thrive. Come November, voting him out of office is not only an act of patriotism but an act of mercy on his behalf.