A Paean To Fear 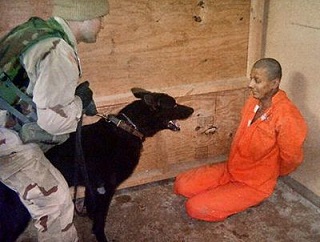 “Are you willing to fight for your country?” This was the question in a 2015 Gallop poll taken across 64 countries.  The results were surprising. Nations with the largest number of patriots were among the least developed, their positive responses as high at 80-90 percent.  Western societies showed less support. Their enthusiasm to fight fell below 50%. Japan, given the aftermath of a nuclear war, showed the least eagerness at 11 percent.

The United States came in at 44%, well below Russia’s 59% but higher than France’s 29%, the country that gave us not only the Statue of Liberty but many of the precepts of American democracy. Despite the disparity in percentiles, both France and the United States share one commonality. They appear to be pulling apart at the seams. France’s president, Emmanuel Macron thinks the reason for what’s happening in each country is different. He believes America’s mistake lies in its pursuit of multiculturalism. Instead, he strives to assimilate his population. Given France’s colonial past, with so much cultural diversity within its borders, that is a tall order.

So far, Macron’s sallies against diversity have backfired and weakened the trust of voters who would normally support him, particularly those among the left. This splinter group leaves an opening for an ultra-conservative like Marine Le Pen to be a serious challenger in the next election.  (“Fight for the Soul of France,“ by Tom Sancton,  Vanity Fair, July/August 2021, pg. 39.)

From where I stand, what’s ailing politics in France looks similar and not at all different from what’s ailing politics in the United States.  Assimilation? Multiculturalism?  The debate sounds like the one between “to-may-to” and “to-mah-to.” The goal remains the same: to enable people of different persuasions to live together in peace. Yet harmony can be elusive even among those with a shared value like patriotism. Between 2016 and 2019, a Pentagon paper reported there was a 38% jump in assault charges filed within the military. (“We Are Vanessa Guillen,” by Carrie N. Baker, Ms. Summer 2021, pg. 10.)

To modify cultural differences is difficult. Every society has a reason to begrudge some other society for a  past wrong. To clear away the wreckage, reconciliation must occur. Yet, reconciliation poses dangers. Reliving old hatreds can take us on a circular path that ends where it began. Aren’t the Shia and Sunnis still killing each other over a debate that began in the 14th century about a successor to the Prophet Muhammed?  That circular path may be the one Arnold Toynbee worried about when he wrote, civilizations die from suicide, not by murder.

To find the essence of social cohesion, we must look deeper, into the core of society. What is the attribute that imbues people with either a willingness to work together for the common good or to make war against the Other?

Trust is that attribute: the faith that regardless of history or individual differences, we the people can build a society that is worth preserving. Regrettably, trust isn’t part of the human genome. Trust must be earned.  Trust must be enacted. Without it, fear overwhelms us and we become tribal.

If changing the human heart seems impossible, why not look to fear? Fear is the cornerstone of nuclear detente, after all. With it, we hope to avoid blowing up our world.

Is it possible that fear could unify us concerning climate change? Or will we wait until we’ve pulled the last fish from the sea, seen the last forest burned to the ground, polluted our air so that we gasp to breathe before we recognize that quarrels about race, religion, and history are insignificant compared to saving planet Earth?

My hope is that fear will soon form a critical mass to unite us against dangers that threaten to eradicate us.  I admit many have chosen to remain unvaccinated during a worldwide pandemic. The reason may have something to do with trust.  But the number of those who prefer death to inoculation leads me to fear that fear alone won’t save our species. Even so, it is the only armor we have to overcome our rampant stupidities.