A Few Unkind Words From The Silent Generation 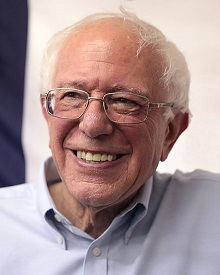 Nope! Technology doesn’t make life easier. The pace of change is too fast. The other day, one of my computer gurus dropped by with a new hard drive. It was the size of a fat nail file. He told me soon computer innards would be no bigger than a thumbnail.

I admit  “smaller” is good.  I need my desktop for other clutter, like notes on future writing projects.  But change should arrive at a pace slow enough for me to absorb. I’m not a chameleon.

Among my Facebook friends are twenty-something computer nerds who live in India. Most of the time they write in a foreign script which gets chewed up in translation, sometimes with comic effect.  The other day, one of them shared a poem. It was in English, so I stopped to read it, eager to participate in any discussion. When a racial slur caught my attention, I noted it for my foreign friends. Always polite, one wrote back to explain the poem was the work of an African American rapper. Thanks to technology, he knew more about my culture than I did.

Chastened, I sat down to read an article about millennials. (“Post Mile Generation,” by Clive Thompson, Wired, March 2020, pg. 22.) Writer Clive Thompson is a Generation Xer yet old enough for me to hope for some rapport.  I’d read his articles in the past without getting lost but what was I to do with this?: Humans disambiguate bad audio by grokking the context, by deploying commonsense?

Baffled by the punctuation, I also noted the words, separately or in aggregate, had no meaning for me. Nonetheless, determined to understand, I persisted. With time, I  gleaned the following information.  Audio transcribers were losing their jobs to artificial intelligence (AI). On the other hand, AI translation is inadequate which means the need for human transcribers is growing.

Naturally, I blinked. I thought contradictions like that belonged in the realm of quantum mechanics.

Okay! I’ve had enough of this bizarro world of technology. I intend to talk firmly here to younger generations. I’m 83, part of a group thought unworthy of a proper name. That’s why we’re called the Silent Generation. But, I intend to be silent no more.

People my age aren’t going anyway at the moment, so this Brave New World you keep reinventing had better make sense to people my age.  We may not know the difference between a woofer and a wafer, but we’ve got lots of members and that means influence. In fact, two of our numbers are running for President of the United States. So there!