A Few Kind Words For Kenyans 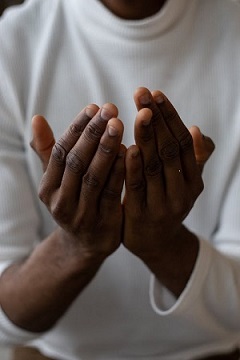 The African man in his late fifties bowed his head and cupped his hands to form a bowl at waist height, seeming eager to accept the coin I was offering.  Newly arrived in Southern Rhodesia, (Zimbabwe)  in the 1960s, I was exhausted and wanted to thank him for helping with my luggage now that I had arrived at the high school where I was to teach.

At the time, I didn’t know tipping wasn’t allowed, nor would I have cared.  I’d reached my destination exhausted and was glad for help. The train trip from Cape Town had been a grueling few days. December is high summer in that part of the world and though I’d kept the windows of my train carriage open as it inched across the Karoo, I hadn’t caught a  breeze.  By the time I stumbled into my new lodgings, my armpits felt like bogs.

The man standing before me had large hands which caused me to wonder if my offering was too small.  For a moment, I vacillated. He seemed to take no notice of my hesitancy but flashed a  welcoming smile as the coin dropped into his hands.  After that, he disappeared down the stairs of Leander, the girls’ dormitory where I was to supervise students with the help of three fellow teachers.

My first afternoon was quiet. The school was closed for the holidays, so I had the leisure to unpack in the cool, calm of the stucco walls of my abode.   I was comfortable enough to consider opening a window but slammed it shut once I discovered it had no screen.  None of the windows did, I would soon learn. My entire stay in Africa would be spent beleaguered by a choice either to let in fresh air or to secure my environs against bottle flies, mosquitoes, and scorpions, to name the most common.

When the five o’clock bell rang for dinner, I descended the stairs and entered the teachers’ dining room. I presumed  I’d be alone as no one had welcomed me during the ensuing hours.  A petite woman in her early thirties, her hair red as a sunset, was seated at a table set for two.

“You’re the American, aren’t you?” she said without preliminaries and with a British accent. Nodding, I took the chair opposite her. Once I’d settled, she reached for the salad bowl, making a show of her engagement ring by flickering the fingers of her left hand as if she were playing the piano. She seemed eager to establish a pecking order, I thought.

Even so, as the new kid on the block, I had questions. One of them was about tipping.

My companion, who was about to sip her tea, seemed stunned by my words.  A milky substance spilled from her cup and onto the linen tablecloth. It pooled at one elbow, like the dot at the end of an exclamation mark, while her pupils narrowed to the size of bee bees.

“Tip?  Oh, you mustn’t do that. It’s the staffs’ job to carry luggage.  You’re a teacher for heaven’s sake!”

“Yes, but I was hauling it up from the train station…”

Her hair seemed to catch on fire as she delivered a lecture on protocols between staff and teachers.  At the end of it, she added a short addendum. “Don’t worry about that palm thing. It’s a custom. It’s meant to signify that all gifts are generous enough to be carried in two hands.”

The woman opposite me seemed to think the courtesy was amusing, but I found it endearing. A small lump of approval formed at the pit of my throat  I felt that lump many times as I traveled the whole of East, Central, and Southern Africa.  Several of these customs I’ve recorded in my upcoming memoir, Getting Lost to Find Home.

Alexander McCall Smith was moved by them, too.  I stumble across one courtesy or another in his The No. 1 Ladies Detective Agency series, which is why I never miss his latest publication. Not only do his stories delight, but for me, they are a homecoming.  I suspect they are the same for him. His descriptions expose a longing for Africa similar to mine.

Recently, a Facebook friend complained she’d received several unwanted solicitations from males who listed me as a mutual acquaintance.  Seeing the post, a few others confirmed they’d had similar experiences.  Two suggested the solicitations were probably scammers out of Kenya–a pointed remark, I thought, because I have many Facebook friends from that part of the world.

I’m sorry for the nuisance someone(s)is stirring up on Facebook.  I’ll do what I can to correct it, mindful that if hackers can infect our State Department’s data systems, and those of our banks, credit rating agencies, and even Netflix, nothing stays solved on the internet.  Nonetheless,  I will resist out-of-hand inferences that impugn Kenyans. They are a people no better and no worse than the lot of us. Descendants from cultures that predate the western world by centuries, their well-developed traditions and courtesies are those we Americans would do well to emulate.   I’d rather break bread with a Kenyan than with the majority of my Congressional delegation. That tip, by the way, is one large enough to carry in both hands.