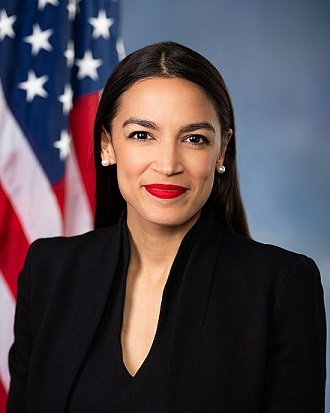 I’m all for confidence but the just turned 30, Alexandra Ocasio-Cortez  (AOC) has an assurance that leaves me breathless. Having won a Congressional house seat from New York, she has certainly hit the ground running. But does she know the terrain, I wonder.

Certainly, the number of her Twitter pronouncements rival those of Donald Trump’s and also share his intolerance for subtlety. The President lives in a bubble populated by those who are with him and those who are against him. The Congresswoman lives in a black and white world composed of good guys and bad guys.

Take one of the Congresswoman’s recent Tweets about the economy.  Noting the stock market has enjoyed a significant rise, she sees no reason to rejoice but turns the economic good news into class warfare. “Inequality in a nutshell.”

She knows better. Workers with money in retirement plans benefit when the market rises. In fact, so do workers without plans, according to a recent report from the Federal Reserve. The problem isn’t with a surging stock market. The problem is with wealth distribution, which AOC also knows.

Isn’t that why she ran for Congress? I understand she’s new at the game and I wish her every success. But she might do more if she set down her smartphone and picked up a pen to write legislation. After that, she could network with her peers on both sides of the aisle to gain support for her measures.  The bully pulpit isn’t everything. In the long run, what matters is sweat equity.