A Brief Discourse On Poetry And Power 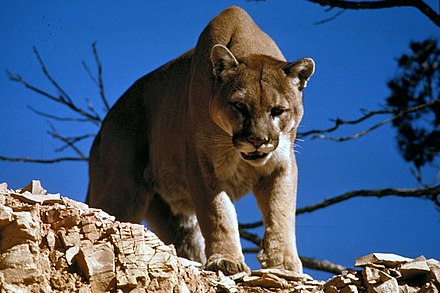 I don’t write much poetry because it’s work. Poetry is precise and guided by the principle that “less is more,” even as it attempts to squeeze the meaning of the universe into a ball.  Mathematics, also a language, is similar.  E=MC(2) could be appreciated as a line of poetry. But there’s a difference. Mathematics reduces its symbols to exact meaning. Poetry uses words to amply layers of interconnections. Sound as well as rhythm make their contributions, as well. That’s why writing good poetry is complicated. Bad poetry relies on sentiment to evoke a reader’s response, the cheapest form of devices.

As an example of poetry at work, take a line  from D. H. Lawrence’s, “Mountain Lion.”  “It was a long, long, slim cat, yellow like a lioness, dead.” The sentence conveys more than information. It conveys the shock of death.  The chain of words heavy with soft consonants– l, s, m, and n– for example, gets snapped like a dry twig by the double d in the word dead.  Here, rhythm and sound mimic the flow of a life terminated.

For another example, compare Joyce Kilmer’s poem, “Trees” to Robert Frost’s “Birches”.  Kilmer likes trees.  Most people like trees so they might nod in agreement when they read, “I think that I shall never see a poem lovely as a tree.” The line is purely informational. It invokes few poetic devices. What follows is a series of comparisons all intended to point out the obvious: only God can make a tree.

Frost’s “Birches” also hints at the spiritual but uses a full range of poetic techniques to do so.  The limbs of his trees  “click.“ “crack” and “craze,” having been made brittle by the icy force of winter as they bend toward the ground. There is danger in winter. In spring, these same branches are supple enough to invite a boy for a swing, though he, too, bends them earthward. Winter and the boy are forces a tree must reckon with, yet one is more joyous than the other, as is the difference between youth and age.

One needn’t read far into Frost’s work to understand it points to hidden connections. Like Kilmer, he reminds us of nature’s power to lift the human spirit toward the sky. Still, the difference between the two verses is immense. Simply put, Frost is the greater poet.

Thoughts of poetry lead me to wonder about Alexandria Ocasio-Cortez, (AOC), a young Democrat about to begin her second House term in Congress. Though her tenure has been short, she is quick to assume the mantle of leadership, charging that Nancy Pelosi, age 80 and current House Speaker, has none. Pelosi, she insists is “a huge reason why we got Donald Trump in the first place. “  This youngest member of the government provides no evidence for her assertion, nor is it the first time she’s expressed disparagement for the current leadership.  Her attacks began before being sworn in for her first term of office.  Like Donald Trump, she’s convinced repetition bestows merit.

Knowing it would be unfair to compare Ocasio-Cortez’s record as a political figure to  Nancy Pelosi’s, I wondered how Representative Kate Porter’s performance might align. Sixteen years older than AOC, Porter is also about to enter her second term in Congress. Both women are liberal democrats but with one significant difference. Ocasio-Cortez lives in a solidly liberal community. Kate Porter flipped her district from red to blue.

GovTrack issues legislative report cards on members of Congress which makes other comparisons possible.  Ocasio-Cortez has introduced 10 bills in the House thus far but garnered no co-sponsor from a member of a different political party.  Porter introduced 17 bills, 6 of them co-sponsored by members of a different party. One of Ocasio-Cortez’s bills was co-sponsored by the ranking member of a committee. Three of Porter’s bill earned similar support.

To give much weight to these comparisons would be unfair to both legislators at this point. Each appears to be dedicated, capable, and hardworking. Even so, these are other indicators of future performance. The most telling and recent is Ocasio-Cortez’s defeat at the hands of her colleagues as she sought a seat on The House Committee on Energy and Commerce. She lost by a vote of 46-13.

That loss may have been the result of extenuating circumstances. Or, it could suggest the young woman has yet to master leadership skills.

For further comparison between AOC and Porter, I offer two video clips, below. The first shows AOC as she questions a panel of bankers. The second has Kate Porter in the same role.  Observe how each goes about her business.  Like the difference between good and bad poetry success lies with skill.