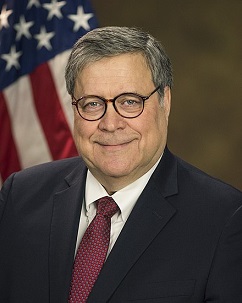 Recently, U. S. Attorney William Barr delivered a speech at the University of Notre Dame which defended a role for religion in government and attacked secularism as a moral decay that threatened the country. His remarks have been widely criticized by academics, historians and members of the legal profession, but his audience at that Catholic institution gave him a warm reception.

Nothing in his remarks struck me as being original. He began with the assertion that the founding fathers saw the Constitution as an extension of God’s will, a position often stated but one that doesn’t bear scrutiny. True, the originators of the Constitution belonged to various Christian denominations–Roman Catholic, Presbyterianism, Anglican,  or Dutch Orthodox—nonetheless several of them believed in Deism, a doctrine which held that God’s truth was to be found in nature, not through revelation.  The words “nature’s code” are embedded in the Declaration of Independence for that reason.

In fact, Barr’s assumption that morality stems from religious doctrine is only that.  An assumption. And no more proved than Deism.

Others chose to explain our good behavior by taking a historical perspective.  Our survival In prehistoric times depended upon cooperation. An individual worked for the good of all in order to preserve him or herself.

Modern technology has established there are specific points in our brains dedicated to cooperative behavior. Did God put them there? Or did experience shape our brains?

The debate, I suspect, will go on for some time.  But the more pressing question for the species, I think, is how to foster cooperative behavior. We’ve had the answer to that for some time. The Golden Rule. It’s not practiced much but imagine a world where we treated each other the way we wish to be treated. Then we might consider extending the same thought to animals and the planet. Just a thought which Barr overlooked.