Small Planet For The Criminally Insane 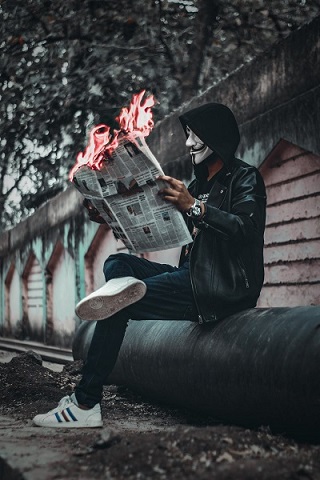 While in public life, I worked with a district attorney who was a thoughtful man.  His politics leaned toward conservatism, but that bias seldom interfered with the way he aligned facts.  Objectivity of that degree is rare. For many, emotions rule.

Upon occasion, he and I discussed our differing views of justice. I opposed the little Ricco law in our community. I thought it unjust to deprive a person accused of a crime of his or her property before a conviction. The constant drumbeat to build more jails was also one to which I turned a deaf ear. The community needed mental health programs, instead.

The district attorney agreed with my last point. Some people he prosecuted weren’t career criminals. They were individuals with mental problems that drove them to petty crimes. Nonetheless, anyone who broke the law was to be held accountable, he said.

Despite our many discussions, my questions remain unanswered. If reason is impaired, how can a person be expected to be reasonable? If the capacity for decision-making is faulty, is that condition a crime or an illness?

Recently, I came upon an article by a man who admitted he was mentally ill. He wanted to remind the public and the media it was unfair to equate mental illness with gun violence. The mentally ill, he insisted, are often victims and not perpetrators of these crimes. Michele Galietia, a forensic psychologist, agreed.  Moments of peak, impulsive anger aren’t akin to having a mental disorder, he argued.

Galietia’s distinction is congruent with the law. Nonetheless, I believe we know too little about ourselves to make arbitrary distinctions. Not long ago,  psychopath was a label for mental illness. Today, studies show the condition is so prevalent, it’s become normalized. Psychopaths continue to exist. They continue to do harm, in some cases. The difference today is we no longer treat them. We “lock ‘em up.”

Given the fluidity of the line between sanity and insanity, I’ve begun to wonder if it is of any use. Our president has a dubious grasp of reality, for example.  He exhibits childlike mood swings and quarrels with Demark when they refuse to sell him a part of their country. That he toys with the notion he is the Second Coming is troubling. In the free world, his persistent flow of contradictory statements is treated as nothing more than sound and fury. Even so, legions among us applaud this president. That fact, alone, is mind-boggling.

Could it be the entire race of humans suffers from creeping insanity, enough to make the distinction between reason and non-reason moot? I fear it might be so. How else are we to explain a species that ravishes this planet, its sole habitat, with no regard for the future?