by Caroline Miller
" death, mother-daughter relationships, preparing to lose a loved one, the death of a mother
7 Comments 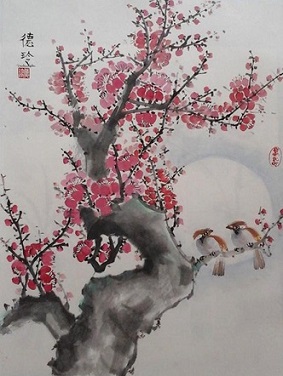 My mom’s death was a long goodbye. I’d anticipated her passing since she’d reached her late 70’s, after her bout with breast cancer and her heart attack. But she surprised me, as she sometimes did. She died at 104 in a care facility where she’d resided for 16 years. Throughout that interval, each time the phone rang, particularly at odd hours, my heart leaped into my throat. I dreaded to hear, “Miss Miller, I am so sorry to …”

Anticipating death proved pointless. When the call arrived at 3:05 a.m. on a May morning, I forgot all my well-rehearsed lines.

When does a person die, I wondered? Was it with the last breath? Or earlier, when memory was shredded? Or when the capacity to speak was no longer reliable? Perhaps it occurred later when feeding by hand was no longer necessary because the body had worn thin like a well-used bus pass.

Learning about my mother’s death brought no answer to these questions. And, since then, I’ve come to realize I’d been a fool to allow fear to tarnish those moments of her fading life which should have been celebrated. A wiser path would have been to allow grief to take me unaware. But in my arrogance, I imagined I was Death’s adversary, presumed that by staying alert, I could slow its progress to the soft foot pads of a thief– hoping by my resolve to extend my mother’s life for one more hour before I succumbed to the pain of loss.

Believe me when I say I was thorough in my defense. Her cremation was prearranged years prior to her demise. So, too, were the decisions I’d made about the short and long forms of death certificates, aware that some institutions required one and not the other. The number for Social Security, when the time came to report her passing, yellowed on a note pad beside my telephone.

Despite these arrangements, as I’ve admitted, my parent went on living, and, for so long, the regulations regarding death certificates changed as did all relevant phone numbers. As if tired of waiting, the procedures chose to die themselves. Was this Life’s joke? Or Death’s? I’m not certain. Nor does it matter. The moment I learned my mother was deceased, I was struck dumb, like a child newly born and blinded by the light.

Death is a wily opponent. Whether it arrives with the swiftness of a train wreck or the rusty clanking of an escalator, its presence is never expected. Certainly, tidiness and a sense of order are no defense. The only weapon at hand is grief.

My one regret was that on her final day, having grown used to the hooded shadow lurking in the room where I sat, I allowed memories to lull me into drowsy wakefulness.  I thought of our Sundays together that began when I was seven or eight–mom and me hurrying to a movie then off to a nearby cafeteria for an inexpensive meal.

On other days, when she was unemployed, we might wander through Newberry’s, stopping, eventually, before the lipstick counter. While I stood shifting from one foot to the other, my mother picked through the display, searching for a color that would renew her confidence. If she found one, at 15-cents a tube, it proved to be a bargain. We’d walked home hand-in-hand laughing with our chins pointed to the sky, oblivious of stares from those who passed us on the street. Why not be extravagant? We could afford laughter.

The two of us argued, of course, particularly when I became a teenager. At 16, I made it my purpose to test limits. She became angry.  I became angry. Together, we slammed doors until the walls of the apartment shook; yet the foundation never gave way and seemed to grow stronger from the testing.  We were like the twin points of a drafting compass. Separate one extension from the other and the reason for being was lost.

On that final day, I was so buoyed by my memories, I began to feel less afraid. Inured to Death’s presence, I leaned forward and whispered into the ear of the woman sleeping in the bed I sat beside.  “I love you, mama.  Don’t worry about me. You taught me to be strong.”