The Future In A Time When Cookies Don’t Crumble 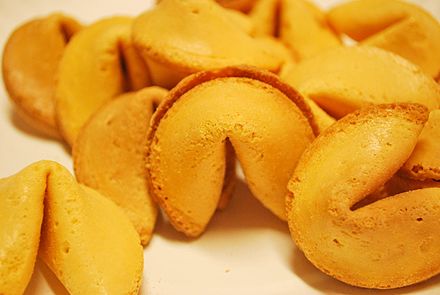 A man in his 50s admitted on Facebook he was depressed about the changes he saw barreling down on society like a runaway train. He doubted the alterations were for the better.  As he is a liberal thinker, I supposed he was suffering from Trump fatigue and wondering, as I do, when our defeated 45th President will get off the political stage.

The situation doesn’t depress me, however. I’m old enough to be my friend’s mother and have lived through many trying times; the rise of the John Birch Society, the  McCarthy era, the stirrings of the  Moral Majority, the Tea Party revolution, and now the Maga world. None of these vicissitudes do I blame for my grey hair, which makes me want to say to this young man, “Stiffen your spine.” Life IS change and already the current evolution is being consumed by the swell behind it like a wave retreating from the shore.

Being baffled by the kaleidoscope of events is exhausting, I’m willing to admit. But it shouldn’t be surprising. Open your email each morning and risk being smothered by announcements — changes in privacy policies or service policies, upgrades in services, demands for security code changes, or you find new instructions for how to access a favorite media site.

The pandemic has foisted additional change upon us. Wear a mask. Keep your distance.  Wash your hands. Don’t imagine hugging friends and family. Zoom is the new point of contact. As for in-store shopping, that’s as quaint as traveling by horse and buggy.  “Browsing” today means scanning the internet. No more examining seams for loose stitching.  No more pinching the avocados.

Browsing the internet brings a new set of worries, of course.  Cookies, for example. I don’t mean confectionary.  I’m referring to advertisements that stick to our screens and obscure the message. I’ve grown crow’s feet as I attempt to squint past them.

Frankly, I miss the good old days of a department store, when I could try on new jeans in front of a three-way mirror and with a half-turn gain an honest critique of my derriere.  Any garment I carried home was certain to fit and needn’t be returned. Best of all, I liked the convenience of a personal shopper.  A saleswoman at Macy’s, whom I once relied upon, could smell when a Gucci jacket was about to go on sale and would give me a call.  Her devotion was driven by her lust for a commission, I know. But, the system worked for both of us. She was as loyal to me as a kid to an ice cream cart.

I never sense anyone is on my side on the internet. Mostly I feel like a sheepdog running through a forest heavy with ticks. Besides, on the internet, a personal shopper costs as much as $12,000 a year. (“Is FARFETCH the New Barnes” by Kristen Bateman, Town&Country, March 2021, pg. 58.)

No longer in the public eye, I needn’t make a fashion statement, but I pity those who must. Take Kamala Harris, for example. Fashionistas used to focus on the First Lady’s wardrobe. No more. Kamala gets the attention. And there’s the rub. She’s the second-highest politician in the country, so her wardrobe serves a duo purpose. Not only must it salute American designers but, like a suit of armor, it must project true grit to Russia’s Vladimir Putin.

In weaker moments, I agree with my  50-year-old Facebook friend. Most of us can feel discouraged. The blur of change is dizzying.  Yet, Nature seems to thrive on it.  So what are we mortals to do? We can blow ourselves to smithereens. Beyond that, we haven’t much power as a species. A dog senses a predator before we do.  A cat sees better in the dark.

I suggest we stick to the bright side of events. Without change, we’d have no progress. Besides, we’ve been warned, haven’t we?  “…there is nothing good or bad but thinking makes it so?” (Hamlet, II, ii)