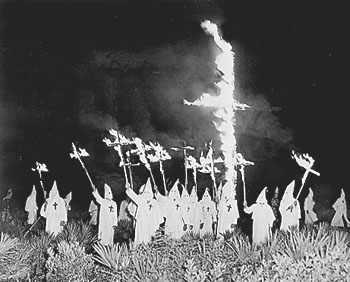 “I don’t care if you are a Christian… you don’t get to dictate the way I live my life based on your religion.” The rant about abortion rights appeared on my Facebook page and as an atheist, I was sympathetic.  Because Christianity is the dominant religion in this country, some followers assume they can pass laws that force non-Christians to conform to the tenets of their faith. Presumptions of that nature can lead to anger and sometimes violence.

Abortion isn’t my issue, here.  I open with it to show how cherished values can pave the road to hell. Here’s another: the presumption that women and children are more deserving of charity than men. Recently, Mitt Romney proposed an increase in the tax credit to give additional help to families with children. Politically, his position is a safe one.  Who except for W. C. Fields would object to helping children?

In a sense, I do. Raising taxes for the loveable is easy. Propose financial assistance for men and see how far it gets. We soon learn that when it comes to charity, they are the least among us. Yet, like women and children, do men not bleed?

The neglect men suffer among us can be traced to the Bible. It teaches that women, descendants of Eve who brought death into the world, are weak and must be guided by men. When power flows to them, they are expected to be strong and self-reliant, a position that makes them seem less worthy than others of sympathy.

That Biblical sense of equilibrium is far removed from reality. Money, a power greater than gender, meanders unequally among men, allowing some to accumulate great power while others accumulate little.  (Monopoly Versus Democracy,” by Zephyr Teachout, Foreign Affairs, Feb. 2021, pg. 52.)  Those struggling on the lowest rungs of the economy are additionally threatened by feminists, women whom they view as competitors and who no longer require male protection, independence that further diminishes a man’s self-worth. As one member of the Proud Boys explained, “Lots of men understand masculinity as implicitly tied to economic success, heterosexual access to women, achieving social status among groups of other men, and the like, and this is where groups like the Proud Boys come in.”

Because a false connection between money and masculinity exists, when men fall on hard times, they discover fewer government resources exist for them than for women. According to a PEW report, “…women are more likely than men to have received an entitlement benefit (61% vs. 49%)”  The 2015 Census report confirms that conclusion. Breaking down federal assistance according to user groups, a greater portion of the pie goes to women than to men with one exception. A disproportionate sum goes to feed and clothe males who are incarcerated.

My survey was small but it confirmed my personal experience.  As someone who once held public office, I learned that finding community support to shelter homeless women was easy.  To do the same for men was impossible. Whether we recognize it or not, a Biblical bias runs through our society like a mighty underground river.

In my readings, I could find few scientific profiles on white men who join militant groups. Their backgrounds seemed to run the gamut from an investment banker, like  Steve Bannon to a few with Ph. Ds. Others hadn’t finished high school. Dr. Arie Kruglanski, professor of psychology at the University of Maryland, makes only one connection among them.  “The most common characteristic is their need for respect and significance.”

I admit I am out of my depth in tackling this subject, but as a  feminist, I thought I should try.  What I gleaned from my research is that, as with women and minorities, a significant number of white males are unhappy with their role in society.  What sets these white males, apart is their presumption that a Christian heritage gives them some entitlement. So, while women and minorities look to the future for transformation, militant white males look back in anger. They long for patriarchy even though for centuries it has circumscribed their role and diminished their right to compassion.

Anger and resistance won’t set free them, but how can they be made to see?  Like the woman on her abortion rant, I, too, want to shout. “Stop clinging to your chains.”

I am no miracle worker, I confess. As a teacher, I tried to open minds but saw the futility in it.  Today, I write and hope that identifying ironies is enough.